Government falls over budget in Germany's most populous state

The end is in sight for the minority government of Social Democrats and Greens in Germany's most populous state, North Rhine-Westphalia. This comes after the coalition failed to push its budget through parliament. 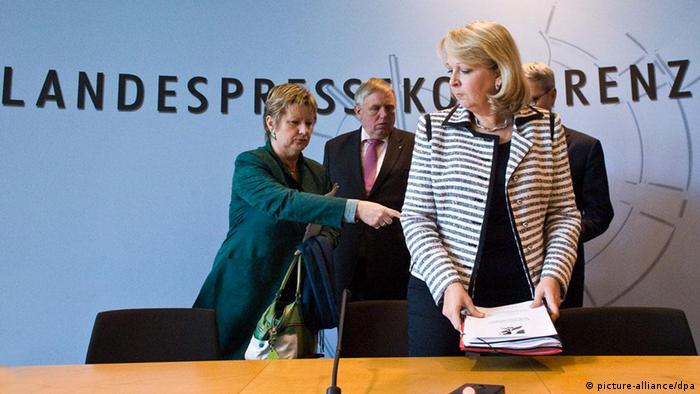 Snap elections are on the way less than two years after the center-left governing coalition took power in North Rhine-Westphalia. The Social Democrats and Greens were forced to admit defeat on Wednesday after the three opposition parties refused to pass the budget.

"If the Interior Ministry's individual plan doesn't get a majority, I will ask the coalition groups to apply for dissolution of the state parliament in order to initiate new elections," State Premier Hannelore Kraft, a Social Democrat, said during the crucial parliamentary session in Dusseldorf.

The coalition was dependent on the opposition to be able to remain in power. Snap elections must take place within 60 days.

Around 17.8 million people live in the western German state.