Some 20,000 people are expected at this weekend's Gothic festival in Leipzig. Most will be dressed from head to toe in black - but it's the music, not the conspicuous dress, that defines the Goth scene. 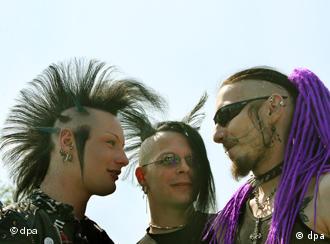 Goth fashion has many influences: punk, medieval and Victorian

At the Wave Gotik Treffen (WTG) in Leipzig, now in its 19th year, those with powdered white faces, black lace dresses and heavy black boots won't stand out in the crowd - for once. For four days, the eastern German city may look a bit like it did in medieval times, just with a bit less color.

Indeed, most "trendies" (non-Goths) identify members of this subculture by their appearance, which is dominated by heavy makeup and anything black. Often, styles are borrowed from the medieval and Victorian periods.

But there is more than meets the eye. Even though fashion is "critical because it visibly defines Goths to other people," music plays an even bigger role in the identity, sociologist Paul Hodkinson told Deutsche Welle.

Hodkinson, an expert on Goth subculture at the University of Surrey in England, says his research has shown that even though "people differed quite significantly in terms of what it means to be Goth, their passion for music was consistent." 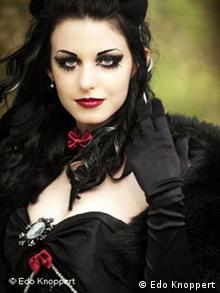 Fashion is just one part of the Goth subculture

Thomas Thyssen, editor-in-chief at Germany's Gothic Magazine, agrees. He said that the musical tastes of 16 to 21-year-old Goths tends to be similar in Germany and the UK.

The mainstream Goth scene is dominated by electronic and industrial music, according to Thyssen. "One of the very few exceptions is in London where new bands with influences from post-punk and Goth bands like Sisters of Mercy can be found," he said.

British neofolk group Sol Invictus and German death-rock band Bloody Dead And Sexy are two of the over 200 bands set to perform in Leipzig.

There have been reports linking the neofolk and industrial music scenes to the extreme right, which has cast a shadow on the Goth movement. But Thyssen, who has been a DJ for almost two decades, says this claim "has been blown out of proportion."

"The last incident I witnessed was four years ago at the WGT when one of them tried to beat up someone, but the anti-fascists beat him up," he said. "Fascists are not welcome in the Goth scene."

According to Thyssen, there have been very few incidences of violence in his 18 years as a DJ in Leipzig, Bochum, Berlin and other cities around the world.

The link to violence is a result of the media portrayal of particular high-profile cases which have involved Goths - or those thought to have been involved in the scene - like the Columbine shooting in the US in April 1999.

Goth picked up from punk

According to Hodkinson, the Goth subculture began in the early 1980s with the decline of the punk movement, which is often associated with the band Sex Pistols, British fashion designer Vivienne Westwood and mainly left-wing political overtones. Today's Goth subculture, on the other hand, is linked to the color black, post-punk rock and Gothic literature. 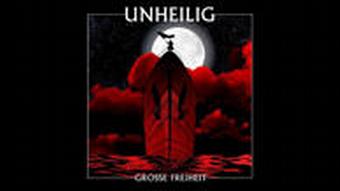 The beginning of the movement was largely characterized by a "do-it-yourself" mentality, but now Goths can buy prepackaged clothes and accessories online and in specialty stores, said Gothic Magazine writer Michael Schwesinger.

Hodkinson, however, isn't worried that the scene is becoming overly commercialized. Criticism of consumerism among the Goths has been around since the 1980s and '90s, he said. The scene "is really centered on a very distinct form of consumerism because it's about acquiring types of clothes, accessories, and music."

Still, Schwesinger believes that the scene has become "more superficial" in recent years and, with a focus on partying and consumption, is not much different from popular culture.

At least German Dark Rock act Unheilig ("unholy" in English) has made the jump from subculture to popular mainstream. Its latest album "Grosse Freiheit" ("Great Freedom") was number one in the German charts.

We live an increasing amount of our lives online, but what becomes of our blogs and social network accounts after we're gone? A Swedish start-up offers services aimed at putting you in control of your digital afterlife. (15.03.2010)

Certain clothing brands associated with right-wing skinheads across Europe were originally the favored fashion labels of a non-political, multi-racial youth movement. Now these brands are reclaiming their positive image. (16.02.2010)