Major backers have distanced themselves from the social media star over videos containing anti-Semitic remarks and Nazi references. One of the videos shows two Indian men holding a banner reading "Death to all Jews." 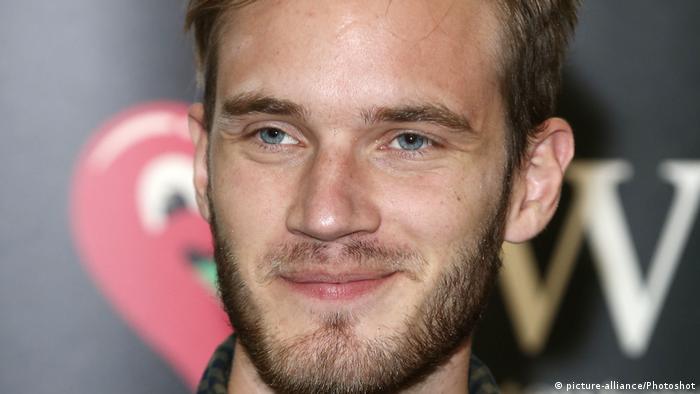 Google, which owns the video sharing site YouTube, announced it was cancelling the popular "Scare PewDiePie" show that runs on its subscription service. The tech company also said it was dropping media star's main YouTube channel from its premium Google Preferred advertising services.

In statement, Google said it was sanctioning the 27-year-old Swede for violating the platform's guidelines on hate speech.

PewDiePie, whose real name is Felix Kjellberg, has the most popular channel on YouTube, boasting more than 53 million followers.

On the same day, Disney said it was also cutting ties. Maker Studios, a Disney subsidiary that runs Kjellberg's channels and network, said in a statement that, while the YouTube star had grown a following by being provocative, "he clearly went too far in this case and the resulting videos are inappropriate."

One of the nine videos in question shows Kjellberg paying two Indian men five dollars to hold the banner reading "Death to all Jews" while they laugh and dance. He defended the video, saying it was meant to demonstrate how far people will go if they are paid to do something, adding that he didn't think the two men would go ahead with it.

Another shows a man dressed as Jesus Christ saying "Hitler did absolutely nothing wrong."

Kjellberg also went on to defend his content in a blog post last weekend, saying it should be considered as entertainment "and not a place for serious political commentary."

"Though this was not my intention, I understand that these jokes were ultimately offensive," he added.

Kjellberg's online fame has seen him become a household name and even placed him on Time's magazine 2016 list of the world's most influential people.

According to social media data firm NewReach, he is believed to have earned at estimated $14.5 million last year through YouTube revenue, as well as sponsorships and appearance fees.

While Disney and Google's decision to cut ties won't keep the Swede of YouTube, it could limit his audience numbers and curb revenue from advertising.