Goldman's Malaysia unit pleaded guilty in a US court for violations of American bribery law. It's the largest fine ever in a US corruption case. The parent company pleaded not guilty. 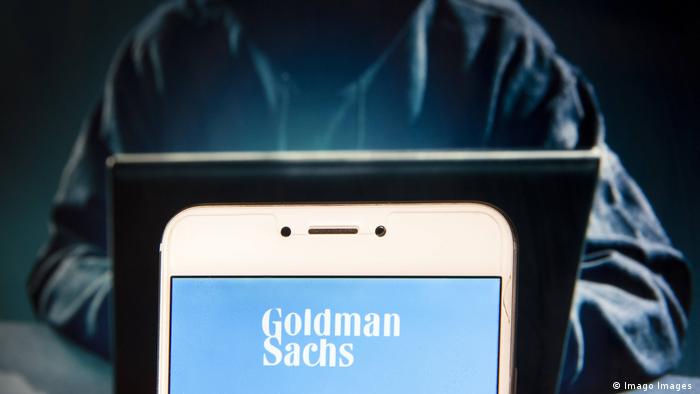 The sum is set to be the largest US fine ever in a corruption case.

Goldman's Malaysia subsidiary unit pleaded guilty in a US court for violations of American bribery law, in the case that involved $1.6 billion in bribes.

The US parent company, however, pleaded not guilty and agreed to deferred prosecution.

Acting US Assistant Attorney General Brian C. Rabbitt said it had turned the investment fund "into a piggy bank for corrupt public officials and their cronies," in a press briefing.

The company helped raise $6.5 billion for the Malaysian government's sovereign wealth fund. The US Justice Department has said more than $4.5 billion  was stolen from 1MDB by high-level officials at the fund and their associates between 2009 and 2015.

Goldman also said it was clawing back  $174 million (€147 million) in executive compensation.

Earlier this year, Goldman Sachs had agreed to pay $3.9 billion in return for having the country end criminal proceedings against it over a multibillion-dollar fraud scandal.

Since 2019, Goldman had set aside $4.39 billion to cover legal and regulatory matters. Some $2 billion was for matters it already resolved with the Malaysian government.

Both Malaysian and US authorities say the 1MDB fund was defrauded of some $4.5 billion, with former Malaysian Prime Minister Najib Razak and Goldman among those implicated.

US prosecutors say the money was used to buy artwork and real estate around the world and even used to fund the movie "Wolf of Wall Street" — a film about a young Wall Street broker who makes a fortune by defrauding wealthy investors.