Godless gatherings in London′s atheist church | Europe| News and current affairs from around the continent | DW | 29.03.2013

Going to church is the latest fashion for London hipsters. They're attending godless gatherings that incite people to 'live better, help often and wonder more.' Emma Wallis went along to find out more. 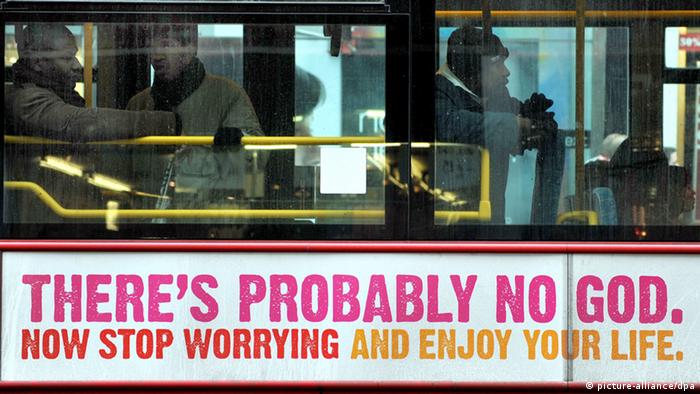 "Help," we sing "I need somebody, Help, not just anybody, when I was younger so much younger than today, ayyy, I never needed anybody's help in any way ayyy."

You'd be forgiven for thinking that this is a happy-clappy version of Christian evangelism, or a new type of cult; and there are many similarities, a church, albeit deconsecrated, a Jesus look-a-like leader, and an acoustic band with guitars and a slightly dodgy PA system. But the congregation, gathered here today, is asking only for a little fun - not asking divine intervention.

They are the new "disciples" of an atheist church, or assembly. The Beatles, ("Help"), Bonnie Tyler ("Holding Out for a Hero") and Bill Withers ("Lean on Me") provide the "hymns" and Jesus, ahem, I mean, Sanderson Jones, a stand-up comic who looks like a "shipwrecked Bee Gee" (his description), leads the way, with his incredibly able and equally, if not funnier, Mary Magdalene in the form of Pippa Evans on guitar and comedy skits. Both are clad in "dodgy," as Sanderson put it, knitwear and hipster attire.

As the slightly dilapidated old church fills up, and people squeeze on to wooden pews, stalls, benches, and children's seats that look like they come from the 1940s, Sanderson strides around directing proceedings, greeting people warmly whilst they chatter amongst themselves.

I have never been a churchgoer, or even been christened. Growing up in multicultural London, my school was more likely to celebrate Diwali than Christmas so perhaps this all welcoming, non-prescriptive gathering is what attracts me and many others in the audience. 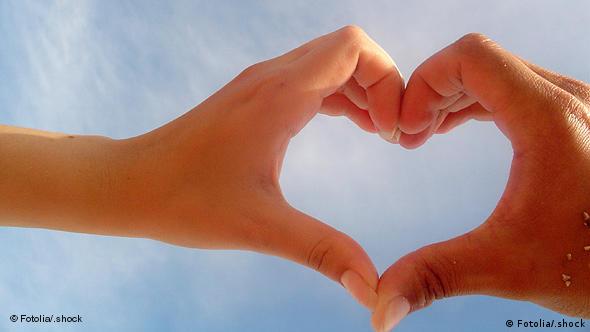 The theme of March's Sunday Assembly, is "Lend a Hand" hence kicking off with The Beatles song which gets us all in solidarity mode. A former Church of England vicar, Dr. Hugh Rayment-Pickard, who now runs a charity helping disadvantaged kids attend university with mentor schemes and grants, is the speaker, and he fires me and everyone else up with an ambition to go out there and find someone to help.

But, Sanderson and Pippa don't let us get too goody-two-shoes. Pippa's slot brilliantly satirises the reasons that many people like to "help" and "volunteer."

She shares how she drives a dour elderly Scottish man to tea parties, hoping before she meets him that he will actually be a twinkly grandma who will be devoted to her and to the fact that she has "helped," perhaps leaving her a treasured possession in her will, or just squeezing her hand gratefully whilst looking adoringly at her. Instead she meets the seemingly ungrateful, non-talkative man who doesn't really want to be dragged to tea and forced to make small talk, and would have much preferred a prettier woman volunteer or at least a male chauffeur since, Pippa tells us, he's sure women can't drive.

Unexpected success of church without religion

After the assembly, which is entering its third month in existence, people gather at the back for tea and cake. "We didn't expect it to get so big so quickly," Pippa said. "We had 460 people try and come today."

But what about the responsibility I wonder, of having all these people turn up, in a way to follow them, is that hard? "It's nice," Pippa told me, "because it means that you're not mad, when you try something new, and you wonder, 'Does anyone else want this?' Is this just some mad performance need of mine? But people turning up means lots of people want the same thing."

But what is it that drives people to attend, I ask her. "For me," she responded "I went to church till I was 17, and then I stopped believing in God, so I thought, how can you have church without the religious bit?"

Sanderson has the energy of an excited puppy, but said he's keeping his feet on the ground and is not worried by any messianic tendencies. He said the venue, in a church, is important, even though God is absent. 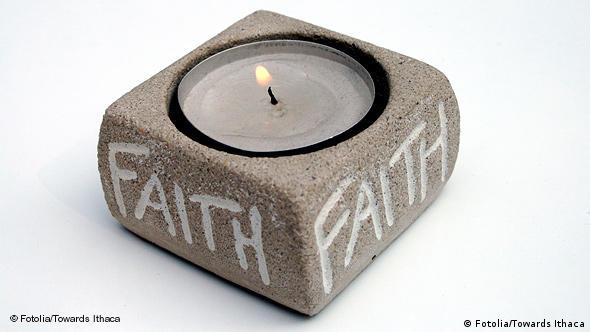 The Sunday Assembly is like a church - just without religion

"Why is it that people who are atheists get married in a church?" Sanderson wondered. "There is just something about these places, it's a place of worship, where people have gone for more than 400 years and it's the sort of place where your heart can rise up to those inspired things which is great.

"I also like the fact that the Christians built their churches on the old altars of the Pagans, so there is something great about continuity and it allows people to try something new in a place where they associate with worship, and reflecting."

What religion should be

I leave feeling uplifted and happy, although perhaps that was just the chance to sing and not be discovered out of tune. The two ladies in front of me told me "this was the kind of message that religion should be about but it's not" and said they would return if they could. "I think it gives you that positivity about life, and that's so needed!" said one woman.

In keeping with the theme, lots of people helped throughout the assembly, putting out chairs and clearing away, they brought home made cakes, and served tea. A queue formed in front of the speaker, with young hipsters asking how they could help mentor London kids, although Pippa and Sanderson said they hadn't yet followed up on exactly how many people were making a difference in the community as a result of their efforts. For myself, I left with good intentions, but my laziness has so far won out.

On the way home, Maik, my husband, who grew up under the communist regime of the former East Germany, wonders about the danger of following any leaders, however funny and well intentioned they seem, and it is kind of surprising how easily seasoned performers like Sanderson and Pippa can whip up a crowd to feel collective emotions. But as many people in the congregation told me, the sense of community and solidarity is what is lacking, and singing a few songs, and having tea and cake afterwards seems to be relatively harmless.

In April, the team are taking their gatherings to Australia, and from there, the world. It seems a sense of community in the global village is still lacking, and that, mixed with a little humor, tea and sympathy is what the Sunday Assembly can provide. As we head off to brunch, a sense of wellbeing fills me, as I hum "I need a hero" quietly to myself, and smile.

Now that the white smoke has risen, attention turns to the challenges Pope Francis I will face. Critics say he must reform old-fashioned rules and attitudes in the Catholic Church and open up to the modern world. (14.03.2013)

A house of prayer and learning for Jews, Muslims and Christians is planned for Petriplatz in Berlin. The design is set and hopes are high, but a building alone can't bring understanding, reminds the architect. (19.10.2012)

Find out more about the Sunday Assembly