'Glorious' gets green light for Malmö

A mere two days after it triumphed at Germany's pre-selection show, Cascada's Eurovision entry was the subject of a plagiarism investigation. The recent audit found it hasn't copied last year's winner, 'Euphoria.' 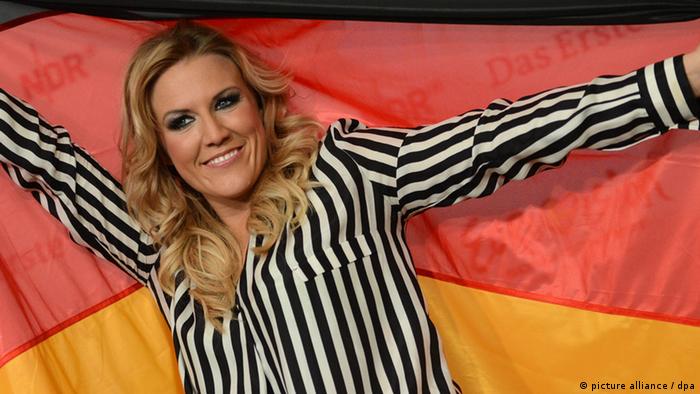 The similarities were obvious from the start: an attractive female vocalist, an infectious Eurodance beat, even a rather similar title. All these elements combined caused concern for Norddeutscher Rundfunk (NDR), the broadcaster which staged Germany's national selection show "Our Song for Malmö." So much so, that two days after the program aired, Cascada's winning entry, "Glorious," became the subject of a musical audit to find out whether it was a rip-off of Swedish singer Loreen's winning track from last year's Eurovision, "Euphoria."

The songwriters and producers of "Glorious," which swept the board at the "Our Song for Malmö" contest with a landslide 372 points, rejected claims that it was a copycat work. Cascada's lead singer Natalie Horler told the dpa news agency, "If you like, we can superimpose one song on another. They are two different songs."

It wasn't an opinion shared by phonetics expert Tina John from the University of Kiel. In an interview with the "Bild am Sonntag" weekly, she said both tracks were "absolutely identical."

"The chorus uses the same accentuation, the ending peaks with the same combinations. The singers even use the same breathing methods," she added. 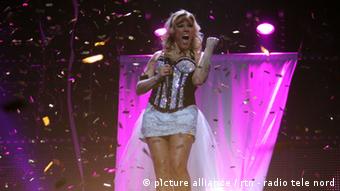 A landslide victory; Natalie Horler on stage during the "Our Song for Malmö" pre-selection show.

With both accusations and defenses flying back and forth, it was up to music consultant Mathias Pogoda to reach an official decision. He deals specifically with cases of musical plagiarism and his independent audit resulted in favor of Cascada. He noted that there were indeed superficial similarities between the two works, but said "Glorious" was not a direct copy of Loreen's track from last year. Cascada is now cleared to represent Germany at Eurovision in Malmö.

In an attempt to deflate the situation before the audit was commissioned, NDR spokeswoman Iris Bents warned that "every year there are attempts to create scandals around the Eurovision Song Contest and the participants."

This is a view shared by Paul Jordan, known within the Eurovision community as Dr. Eurovision due to his Master's thesis "The Eurovision Song Contest: Nation Building and Nation Branding in Estonia and Ukraine." He noted that such scandals are generally part and parcel of the annual Eurovision pantomime.

"The cynic in me thinks that actually this has all been a clever piece of PR," he said in an interview with DW. "I don't think it was ever a serious accusation. Every year, there are always accusations of plagiarism, so this is nothing new really. When you have so many songs in a contest with different styles, there are bound to be similarities, but it's rarely serious."

Musicians inspire one another

He added that it hasn't been unusual in the 57-year-history of the contest for the previous year's winner to inform the style and sound of some of the following year's entries.

"Celine Dion won in 1988 and there were lots of females with strong voices singing ballads the following year," Jordan pointed out. "The 1995 contest, a year after Riverdance [performed as a Eurovision interval act in 1994], was full of Celtic style songs, including the winner."

Jordan also observed that "in 1996, the Irish winner was of that same Celtic sound, so too was the French entry. So "Euphoria" inspiring a dance song the following year is not surprising. In fact, I'm surprised more countries haven't opted for the same sound!" 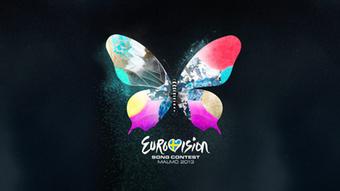 The final takes place in the Malmö Arena on May 18th.

The Cascada investigation is by no means the first time that the German entry has been put under the musical microscope amid accusations of plagiarism. In 2008, the entry from No Angels, "Disappear," almost did just that when it was alleged that the song copied Steffi List's "Break the Silence." In 2006, "No No Never" by country band Texas Lightning was unfavorably compared to the track "Never Ever Let You Go" by Rollo & King.

Sometimes, however, an accusation of plagiarism has resulted in a happy ending. In 1999, original entrant for Germany, Corinna May, was pulled from the contest after her song "Hör den Kindern einfach zu" (Listen to the Children) was discovered to have already appeared on an album two years previously. Her replacement, the six-person, Turkish-German group Sürpriz, romped home at third place with "Reise nach Jerusalem" (Journey to Jerusalem/Musical Chairs).

Whether or not this most recent plagiarism investigation was also prompted by clever PR is unclear. Likewise, it remains to be seen just how well "Glorious" will fare in the Eurovision final on May 18th. What is clear, however, is the poor placing Cascada managed on the German singles chart: despite the publicity, "Glorious" limped onto the Top 100 at the relatively lowly 36th spot.