Globalization has increased prosperity across the world, a German study has found. But people in advanced global economies benefit disproportionately more than those in the developing world, the study reveals. 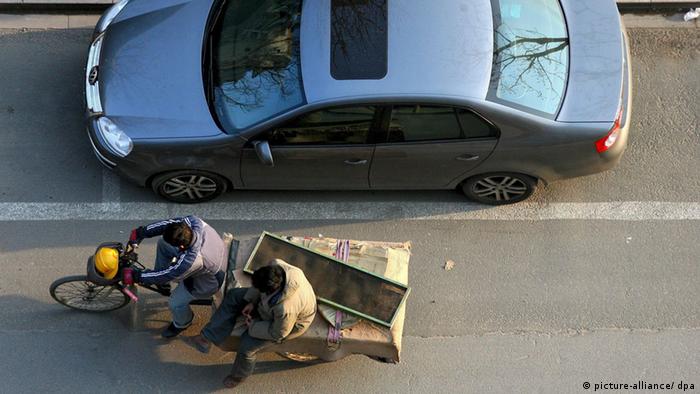 Closer integration of national economies, also known as economic globalization, had increased prosperity primarily in the world's most advanced nations, a survey released by Bertelsmann Foundation on Monday showed.

Measuring wealth gains among 42 nations since 1990, the study by the Germany-based foundation found that per-capita gross domestic product (GDP) within the top 20 industrialized nations rose by about 1,000 euros ($1380) on average per year. However, in the so-called newly-industrialized countries (NICs) - including China, India and Mexico - average wealth gains amounted to less than 100 euros per person between 1990 and 2011, the survey said.

Germany, alongside Finland, Denmark and Japan, benefitted the most from rising economic interdependencies, adding an average of 100 billion euros to its GDP per year. This translated into about 1,240 euros more annually per German, the study, which was conducted by Prognos Institute, showed.

The per-capita gross domestic product gap between Germany and fast-growing China, for example, had widened over the period, rising from 20,879 euros in 1990 to 25,630 euros in 2011.

"This makes clear that globalization tends to widen the gap between rich and poor," Bertelsmann Chief Executive Aart de Geus said in a statement.

Geus also noted that protectionism on the part of the newly-industrialized countries would be the wrong response to the development because isolationism would reduce the growth effects of globalization in those countries.

The Bertelsmann Foundation CEO, therefore, called on the world's advanced economies to further open up their markets to products from less developed countries, reduce agricultural subsidies and do more for education in newly-industrialized nations. Moreover, spending on infrastructure and production facilities there should be enhanced to ensure the transfer of modern technologies, he added.

Although per-capita gross domestic product is a gauge for measuring the health of a country's economy, it says little about people's individual incomes. In Germany, for example, real wages have fallen over the past decade.