Mobile telephony giant Ericsson has claimed the world will see a drastic increase in the use of smartphones over the next six years. And the volume of data traffic looks set to rise at a breathtaking pace. 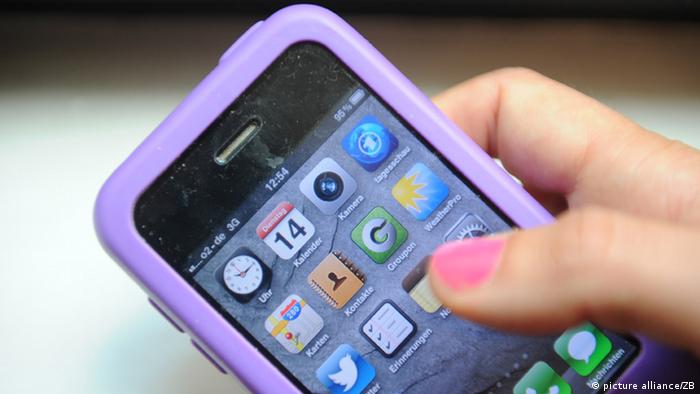 Swedish telecommunications equipment maker Ericsson said the global smartphone business would pick up enormous momentum in the next six years. In the company's latest Mobility Report released on Wednesday, it argued that future growth rates in the sector would eclipse anything seen so far.

Ericsson said the number of smartphones in use by 2018 would triple to reach around 3.3 billion units. It said in Western Europe and North America practically all mobile phones in use should be smart mini-computers by then, while Africa, Asia and the Middle East every third mobile phone would be a smartphone in six years' time.

According to the report, some 40 percent of all phones sold globally in the third quarter of this year were smartphones, with the growth of corresponding data traffic exceeding the overall average.

Data traffic was in fact expected to grow at annual rates of 50 percent between 2012 and 2018, the Ericsson study revealed. The report identified online video content as the biggest contributor to mobile traffic volumes, constituting 25 percent of total smartphone traffic and 40 percent of total tablet traffic.

"Mobility is becoming an increasingly significant part of our daily lives," said Ericsson's Head of Strategy, Douglas Gilstrap. "We always have devices within arm's reach, allowing us instant access to information, entertainment and social interaction."

The Mobility Report forecast a total of 6.6 billion mobile subscriptions by the end of this year, and 9.9 billion by 2018. In the third quarter of 2012, China alone accounted for about 35 percent of additional subscriptions, followed by new mobile contracts in Brazil, Indonesia and the Philippines.

Ericsson itself had reported a 42-percent drop in net profit in the third quarter as it ran into sales difficulties on the European and Asian markets. The Swedish firm keeps suffering from having signed low-margin contracts just to maintain market share.