The poultry industry prefers female chicks as they fatten better. Males are often killed after hatching. Germany’s Food and Agriculture Ministry wants to end the bloody procedure - by peering directly into the egg. 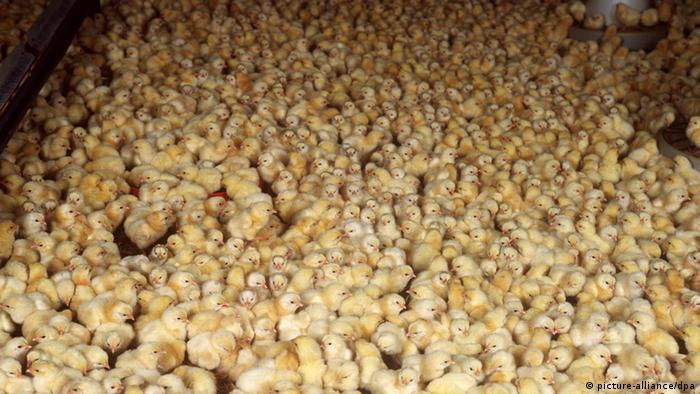 What's inside the egg? That's a question that doesn't just interest children in the supermarket who shake their Kinder Surprise eggs and wonder what they're getting. It's also an important question for the agricultural industry - although the focus is not on chocolate eggs, but chicken ones.

Now a research project has made it possible to look inside a hen's egg to determine a chick's gender.

For poultry farmers, the question of whether a fertilized hen's egg will turn into a male or a female chick is extremely important - male chicks are not well-suited to become broilers, neither do they lay eggs.

As a result, every year about 45 million male chicks are killed in Germany alone shortly after they are born. On industrial livestock farms, they are usually gassed or shredded alive.

The practice could soon end thanks to a food-ministry supported research project led by the University of Leipzig, which has developed a method for determining the gender of fertilized eggs as early as 72 hours after the incubation process has started.

The method involves using a laser to drill a tiny hole into the eggshell and illuminating the egg's interior. The team then analyzes the way the egg's blood cells disperse that light. The procedure - called Raman spectroscopy - makes it possible to determine the gender of the growing chick within seconds.

Afterwards, the female eggs are resealed and incubated. The male eggs can be used for other purposes. 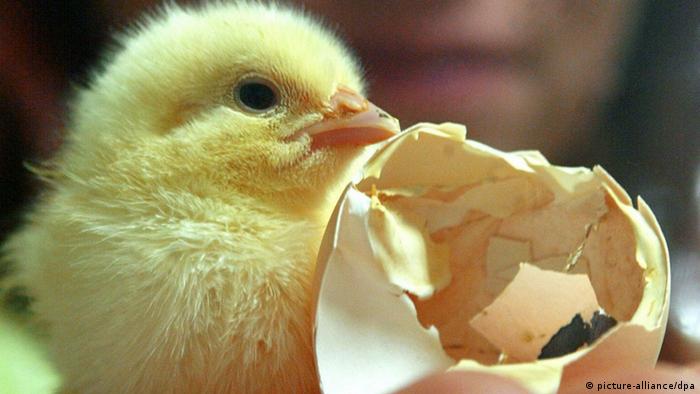 The technology is already working but the researchers are now planning to speed up and automate the process so that large numbers of eggs can be tested quickly. Further tests are also needed to ensure the process does not adversely affect the female eggs, so that opened and tested eggs develop and later produce healthy laying hens.

McDonald's in Germany aims for makeover with table service

McDonald's plans to introduce table service in Germany. It wants to do that at least in some locations in a bid to halt sliding sales by going slightly upscale relative to its present style. (30.03.2015)

What’s in your soup? It could be manta ray

In some parts of the world, people have been killing manta and mobula rays to use their gills for a so-called medicine. But eating these animals is threatening the future of the species and could be hurting our health. (17.03.2015)

The hidden facts of egg production

Ahead of this year's parliamentary elections, the German Greens party has called for an end to factory farming. During the industrial breeding of chickens, young chicks are often treated particularly badly, say critics. (27.02.2015)

That is where the German Poultry Association (ZDG) still sees an urgent need for additional research.

"A particular challenge […] is the large opening in the eggs, which is required for this method," said Rudolf Preisinger of the ZDG. "Through it, an increased amount of germs can get into the egg during the incubation process."

Germany's Minister of Food, Agriculture and Consumer Protection, Christian Schmidt, wants a swift introduction of the new technology in the poultry sector.

"By the end of 2016, we want to have a prototype for a machine, which determines the gender in an egg that has been incubated for only three days and which will automatically sort the eggs accordingly," he said during a visit to the University of Leipzig this past week.

"My goal is for the chicken shredding to end in 2017," Schmidt added.

Animal rights organizations have welcomed the project, too.

"We have long demanded an end to the killing of millions of chicks. We are pleased that the problem is now finally being addressed," said Thomas Schröder, President of the German Society for the Protection of Animals, in a statement. 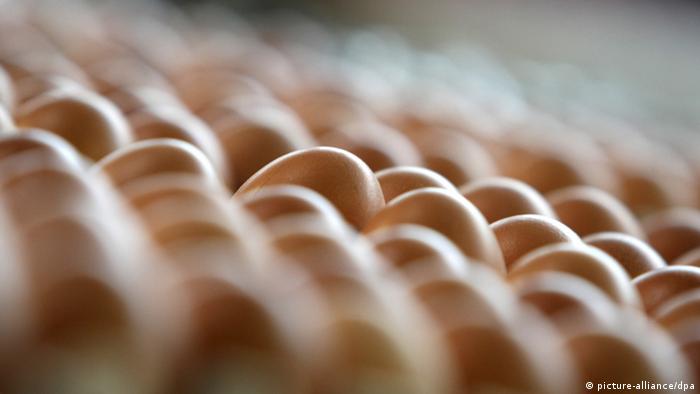 The ZDG commended Germany for taking the lead in the search for a more humane solution but also called for a joint European effort, since "unilateral action on the national level could lead to a shift of production abroad."

The technology may also offer economic advantages, because male eggs can be sorted out before having to be incubated first for 21 days.

The future prospects for male chickens, however, remain anything but rosy. They will be killed either way - except that with the new method it will happen much earlier and thus, it is hoped, with less pain and suffering.