Ghana’s education service has started a campaign to ban the use of mobile phones in primary and secondary schools. The move, according to the educationists, will enable students to concentrate more on their studies. 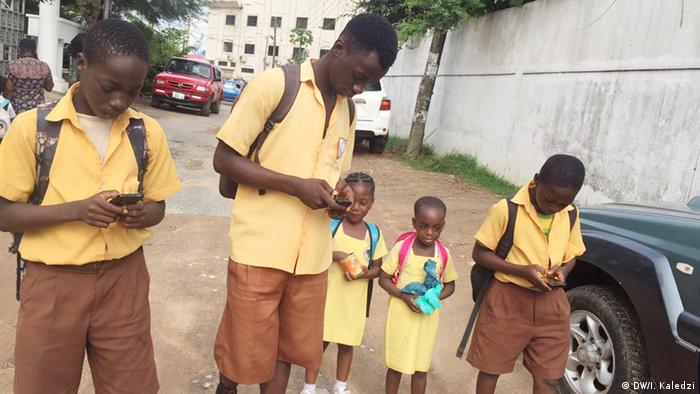 Some parents have been enraged by the idea, as they want to be in constant touch with their children. Child rights activists have also raised concerns that this would kill the children's creative ability.

In Ghana's high schools, six out of ten students have mobile handsets, according to DW's correspondent in Accra. Most of them, during break time, surf the internet and send chat messages to friends using Facebook, WhatsApp and other social media tools. But to some, phones play a vital role in communicating with their parents.

Stephen Korley, a high school student in Accra told DW that he uses his phone to communicate with his parents and also for leisure purposes.

"My mum bought me the phone in order to contact with me and also for me to do my research for the course I do," he said. He said that the web offers information that is not available in his textbooks.

Jeffery Avoka another high school student also said that his parents bought him a phone to do research and contact them in need of something. But he admits that he spends some time on social media platforms like Facebook and WhatsApp.

'Negative effects' of mobile phone use in schools?

Jacob Kor, the Director General of the Ghana Education Service (GES), thinks the uncontrolled use of mobile phones by the students has had a negative impact on their education, since they waste valuable time on social media platforms.

"The worry is so immense that I will not stop telling parents, all and sundry, that the effect of mobile phones on learning is not a small thing to be underscored," Kor told DW. "Can we imagine the number of hours or minutes students use in the night WhatsApping? And what are they even looking out for in the internet? Is it relevant to their studies?" he wondered. 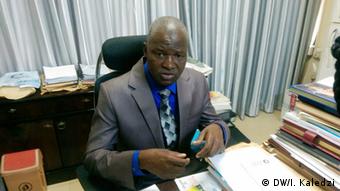 "In my home, unless my child has completed secondary school, he will not use a mobile phone. And he will never be behind the technology. So it depends on how you handle the technology," he said.

But for Awoo Aidam Amenya a parent and executive director of a child development-oriented organization called J-Initiative, preventing students from having access to phones will be counterproductive to their creative abilities and development.

"I don't think that is the best way to go about things, because when we do it that way we hinder the child's creative abilities and we restrict them too much such that they begin to hide things from us," she said.

Awoo wants education officials to rather encourage students to get innovative in their studies with phones to support their development. She also thinks that children should be encouraged to avoid materials that are detrimental to their studies.

With the debate gaining momentum it is anticipated that many analysts including educationists and parents will make their voices known on the matter.

Over a thousand students graduated at a polytechnic in Tamale over the weekend. The initial excitements were great, but were quickly overshadowed by the specter of unemployment. Maxwell Suuk reports from northern Ghana. (03.06.2016)

In Burundi five school students are still in prison because they allegedly defaced a textbook photo of President Nkurunziza. Parents and others are calling for their release, but the authorities refuse to climb down. (09.06.2016)