The RB Leipzig striker had the chance to push for a permanent starting berth. But he will miss the friendly on Tuesday with stomach problems, meaning Hoffenheim forward Sandro Wagner could earn a first cap. 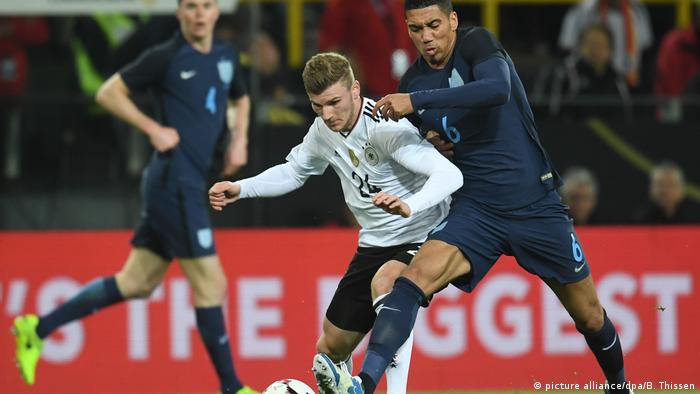 Timo Werner has a stomach bug and has not travelled to Denmark for Germany's friendly on Tuesday, the German FA (DFB) said in a statement.

However, he is expected to recover and return to the squad, possibly in time for Saturday's World Cup qualifier against San Marino in Nuremberg.

Germany then jet off for the Confederations Cup in Russia with their first game against Australia on June 19.

Coach Joachim Löw has picked a fairly inexperienced squad for the two games in Europe and the Confederations.

Several big names such as Manuel Neuer, Mesut Özil, Thomas Müller, Jerome Boateng and Mats Hummels have been left out to recover from injuries and a long, hard club season.

"It is a bit of a cold start. We will use the Denmark and San Marino games to get to know each other ahead of the Confed Cup," said Löw, whose side have had just one day's preparation for the game at Brondby's stadium.

The absence of Werner, who had looked set to lead the line in Denmark, could open the door for Hoffenheim forward Sandro Wagner to start following his first call-up.