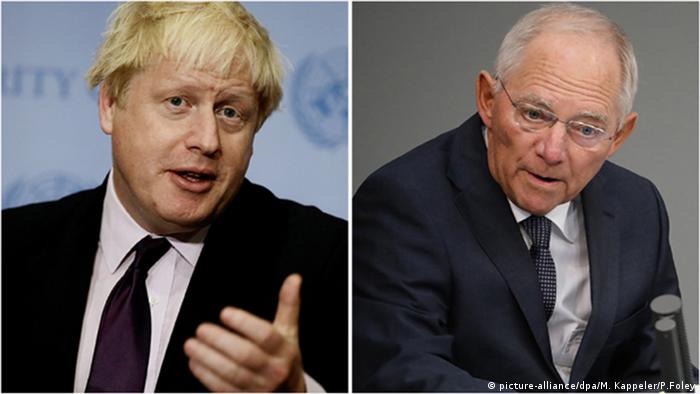 Schäuble on Friday offered "clarification" to Foreign Secretary Johnson who had suggested that once Britain left the EU it would still have free access to the single market.

Asked about Johnson's remarks at a news conference in Berlin Friday, French Finance Minister Michel Sapin said: "There are four freedoms and they cannot be separated."

Sitting alongside him, Schäuble (pictured above right) said: "If we need to do more, we will gladly send Her Majesty's foreign minister a copy of the Lisbon Treaty."

"There he [Johnson] can read that there is a certain link between the single market and the four core principles in Europe," Schäuble said.

"I can also say it in English. So if clarification is necessary we can pay a visit and explain this to him in good English," Schäuble jibed. 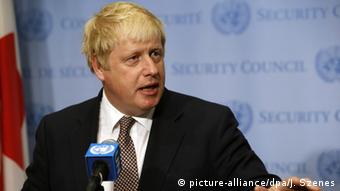 On Thursday, Johnson had told Sky News television that it was "complete baloney" to believe there was linkage between the EU principle of free movement of workers and its internal or single market.

Brexit advocates narrowly won Britain's referendum in June to leave the EU on a campaign that included calls to restrict migrant entry to their island nation. 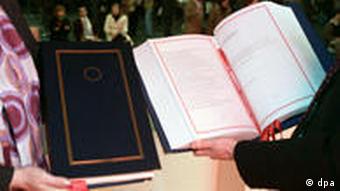 Article 3 of the Lisbon Treaty adopted in 2007 says the Union shall provide free moment "without internal frontiers" while also establishing an internal market, without discrimination, but with respect for cultural diversity.

Sapin added: "So if we want to make good European paté then there are four freedoms that together make up the paté in question."

The Lisbon Treaty, which came into effect in 2009 has further articles that elaborate on the four principles.

Britain will remain active on the global stage despite its vote to leave the EU, British Prime Minister Theresa May said at the UN summit. She also reiterated her views on limiting refugee movements. (21.09.2016)