Germany's Federal Police have undergone a major restructuring in an attempt to make the organization better equipped in fighting terrorism. But experts say policing efforts in Germany will likely remain disjointed. 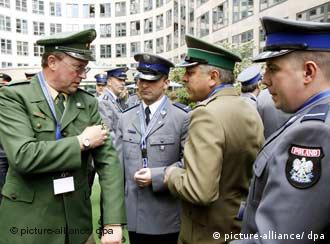 As travel within the European Union becomes increasingly borderless, German politicians decided it was time to rethink the role of the Federal Police to focus on internal issues such as terrorism and illegal immigration.

The reforms included shutting numerous field offices across the country and centralizing management of the 40,000-strong force under the leadership of Matthias Seeger, who formerly headed one of the Federal Police regional offices. Germany's Interior Minister Wolfgang Schaeuble travelled to the new Potsdam headquarters of the Federal Police on Monday, March 3, to welcome Seeger to his new job.

Schaeuble promised that the streamlined force would free up personnel to focus on terrorism. The law allowing the restructuring officially went into force on Saturday. 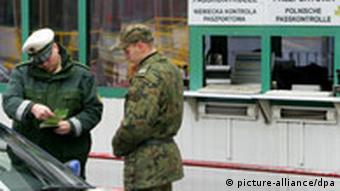 The Federal Police are going beyond border patrol

The Federal Police have been responsible for guarding Germany's border crossings and overseeing security in airports and train stations. Germany's state governments can also call in the Federal Police if they need backup during riots or demonstrations, and the force has played a role in training police officers in places such as Afghanistan.

But Germany still gives most of its responsibility for policing and internal security issues to its 16 federal states. The regional governments traditionally resist police reform because they worry about losing their influence over domestic security issues, said Michael Bauer, a security expert at the Center for Applied Policy Research at the University of Munich.

State police have a good overview of the local situation that someone sitting in Berlin wouldn't necessarily have, Bauer said. Yet there is general acknowledgement in the security field that certain issues, such as terrorism, need to be dealt with at a national level as terrorism suspects typically work in a network that crosses state and national boundaries.

The Federal Police can "get the big picture" in a way that local jurisdictions often can't, Bauer said.

Falling through the cracks

Immigration isn't a new area for the Federal Police either. Responsible for security at Germany's airports, the last German official many illegal immigrants see before being deported is a Federal Police officer.

Bernd Mesovic, a spokesman for Pro Asyl, a campaign group for refugees which monitors deportations, said he wasn't alarmed to hear that the Federal Police could become more involved in the issue.

Yet the biggest problem with the current system is that illegal immigrants often get passed from one police agency to the next in the process of being deported from Germany. That can lead to often important information about the immigrant's health, for example, getting lost in the shuffle, he said. 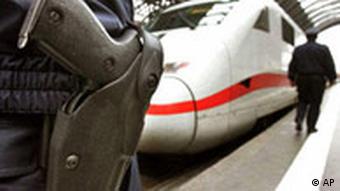 Mesovic said a recent examination of deportations at Frankfurt Airport showed Federal Police have not engaged in human rights violations, however, a concern among the general public about giving too much power to a centralized police force remains.

Because of the horrors committed by the Gestapo, the secret police during the Nazi regime, the German public is highly sensitive about a powerful, centralized police force. There has also been unease about increasing surveillance and secret online searches.

Germany's Federal Intelligence Service (BND) remains responsible for collecting and analyzing information on terrorism and other national security threats. The BND is heavily involved in wiretapping and electronic surveillance. The Federal Police (Bundespolizei) are also different from the Federal Criminal Police Office (Bundeskriminalamt), which is the federal government's investigative arm that functions similarly to the FBI in the United States.

One thing most Germans don't understand is that it's possible to keep the intelligence services' work, such as that done by the BND, separate from police work, said Bauer of the Center for Applied Policy Research.

"Sometimes I think that in the public discussion this gets a bit mixed up," Bauer said.

Only time will tell whether the personnel changes bring about a noticeable difference in how the Federal Police go about their jobs. Bauer said he doubts the restructuring will have a big impact as it's not backed up by "sufficient resources to get the job done."

Mesovic also said he doubts there will be a major shift of power to the Federal Police and away from the states.

"It seems to me it's a matter of reorganization," Mesovic said.

German officials fear that at least four Islamists have left Germany for terror training in camps along the Afghan-Pakistani border, according to a news report. Now the main objective is to keep them from returning. (11.02.2008)

A German intelligence agency has denied charges made by federal and state police that it withheld information during an operation that foiled potential terrorist bombings. The spies said the police were greedy for power. (13.12.2007)

Do you think terrorism is best fought at the local or national level? Please include your name and country in your reply.