"Bruno" -- the first wild brown bear to be sighted in Germany in over 170 years -- was shot dead in Bavaria. While he was considered dangerous, wildlife experts say it is time to prepare for the return of more bears. 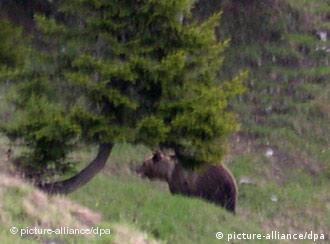 Using his cell phone, an outdoorsman captured a picture of Bruno in Austria

Bruno the Bear was something of a Houdini. For over two weeks, a special team of Finnish bear-hunters, dogs and wildlife experts had been trying to track down the brown bear. The team apparently spotted him again last week, but before a veterinarian could shoot a dart gun to immobilize the animal, Bruno had run away.

But over the weekend, the government gave a "shoot to kill" order on Bruno. The bear, whose official name was JJ1, was shot in Rotwand in Bavaria early Monday morning. 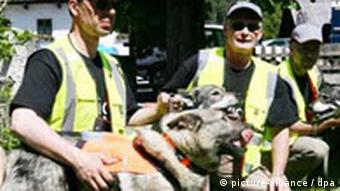 Bruno had been dodging hunters since May, when he was first spotted in Bavaria, and had since been criss-crossing the alpine border between Germany and Austria. On Friday, Roland Melisch from the World Wildlife Fund in Germany called Bruno "a problem bear."

Wildlife experts were first overjoyed that a rare species was reviving itself in Germany. But soon after his appearance, Bruno began killing dozens of sheep, ransacking honey farms and venturing into chicken stalls. The owner of one stall just missed coming face-to-face with the brown bear. Bruno was also reported to have walked down the streets of a Bavarian village and sat down to rest in front of a police station.

To kill or not to kill 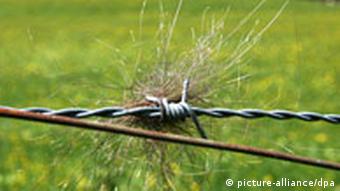 Bruno searchers tried to track him through "indirect signs," like these fur remnants

Opinions were divided about just how dangerous Bruno was. Some animal protection groups believed the bear was harmless to humans. Other bear experts agreed that he could have attacked if provoked. Tourists flocking to the Alps to catch a glimpse of the bear were not helping matters, animal experts said.

WWF's Melisch suggested the answer lies not in getting rid of bears, but in education and prevention. "We should be thrilled that the bears want to return to Germany. Most will stay in the woods and avoid settlements. But we need a plan," he said.

Signs can warn people they are entering bear territory. Dogs can help protect sheep. Electric fences can be installed around bee hives, livestock can be put in stables at night, he suggested. "We have to be informed about bears and how to live with them," he said.

The return of the bears 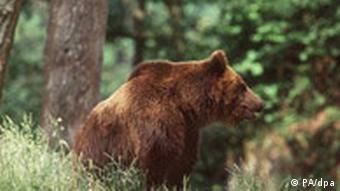 Brown bears are found in Asia, Europe and North America

Brown bears -- the only kind in Europe -- were plentiful here 300 years ago, but human expansion and hunting dramatically reduced the population. The last brown bear was killed in Germany in 1835.

In recent years, bears have been moved from Slovenia -- where an estimated 400 to 500 live -- and reintroduced in mountainous areas like the Pyrenees and Central Austria. There are currently around 20 to 30 bears in Austria.

Only when bears in different areas begin "networking" can they optimally mix their genes and multiply properly, wildlife experts say. The European Union is supporting a so-called "LIFE Program" in Austria, Italy and Slovenia that aims to expand the bear population in the Alps. 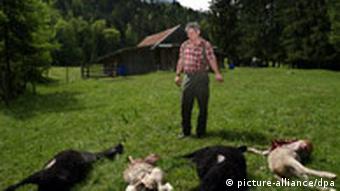 Bruno did a number on dozens of sheep and rabbits

Many farmers and livestock owners are dismayed, however. They are worried about their livelihood and fear bears could become a nuisance, just like the beavers that were reintroduced in Germany in the 1960s. The dams beavers build often cause the flooding of farm fields.

While the Soccer World Cup has been enthralling most Germans for weeks, the one-bear-show Bruno also received his share of the media limelight. One teddy bear manufacturer even produced a special edition "Bruno" bear costing 120 euros. Programmers and musicians created a "Hunt Bruno" game and song on the Internet. 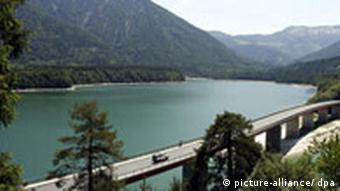 North Americans might smirk at so much hype about one bear. After all, their countries have comparatively large bear populations. Bruno-hunters even tapped into that knowledge and had a special bear trap flown in from the US state of Montana to help them nab the bear.

Plenty of people also called the German World Wildlife Fund to offer advice about how to catch Bruno, like using rapeseed oil to lure him. "But you have to know where he is to set up a trap and bait. This bear roams 10 to 15 kilometers (6-9 miles) a night, so we're always lagging behind," Melisch said.

Had Bruno been caught, he likely would have been sent to a wild-animal park near Munich. Now that he has been shot to death, other bears might just think twice about whether they will roam the German-Austrian border.

Many zoos put on special exhibits in order to attract visitors. Most also attract little notice much less controversy. But one zoo in southern Germany is causing an uproar with a new event, an "African village." (June 9, 2006)

Bears in Switzerland, wolves in Germany. Wildlife that humans had once driven to extinction in Central Europe is making a return in the 21st century. The conditions for their survival in modern times look good. (Aug. 22, 2005)

A wild brown bear has been sighted in Germany for the first time in over 170 years. After it killed other animals, officials have approved shooting the bear, but now it looks as if he's chosen to leave voluntarily. (May 23, 2006)