Germany′s pension system tricky for foreigners | Germany| News and in-depth reporting from Berlin and beyond | DW | 05.08.2013

More foreigners are paying into Germany's social security system than ever before. But, if they return home, they can face a tough time getting their pension benefits - especially when they're not EU citizens. 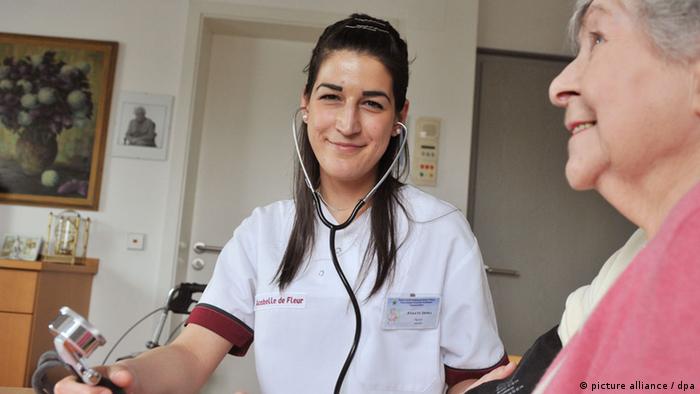 Work in Germany and enjoy retirement back home - that's the ideal scenario for many of Germany's foreign residents, whose numbers are growing. In 2011, around 4.2 million non-Germans paid into the country's social security system. That's around 230,000 more than in the preceding year.

Those managing Germany's public pension fund estimate that the number of foreign contributors will rise again this year. The reason is that Germany's labor market opened in 2011 to eight additional Middle and Eastern European countries. Citizens from Estonia, Latvia, Lithuania, the Czech Republic, Poland, Slovakia, Hungary and Slovenia can now freely look for work within the European Union. Beginning in 2014, that will also be true for Bulgarians and Romanians.

The eurozone crisis represents an additional reason why foreign workers have flocked to Germany, including many from Southern Europe. Germany's Federal Statistics Office recorded an influx of over a million people into Germany in 2012, a rise of 13 percent compared to 2011. Immigration from other EU states showed a particular increase at 18 percent, while the figure for Spain alone was 50 percent.

Who can draw a pension? 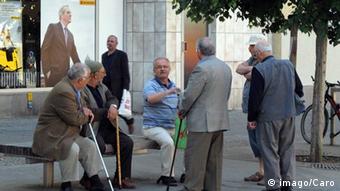 Money paid into the German pension fund is not lost, but the rules are complicated

Generally, those employed by companies in Germany must pay into the social security system. Currently, employees pay 18.9 percent into the pension system with an additional 2.05 percent being going into a fund for extended disability care insurance. Employers pay half of these contributions.

Over the course of a working lifetime, the money paid into these systems adds up. Not all foreign employees, however, benefit to the same extent from what they've contributed.

"The most important differentiation one has to make is between foreign workers from the EU and those from elsewhere," explains economist Reinhold Schnabel of the University of Duisburg.

That is due in part to the fact that in the EU, citizens of all member states must be treated equally. Workers from Spain or Portugal, for example, are not to be disadvantaged compared to their German counterparts. They have the same rights. Every EU citizen has the right to draw a pension from Germany, provided he or she paid into the German system for a minimum of five years.

Those who paid into Germany's pension coffers for fewer than five years do not have the same entitlements as longer-term contributors. That does not mean their money is lost, however. The money they paid in can be added into the pensions they draw from their home countries, meaning retirees can live from payments made into multiple countries' systems.

Workers who were required to make pension payments but stayed in Germany for fewer than five years also have the option to have their contributions paid out in a lump sum, rather than added to monthly pension benefits drawn elsewhere. That option, however, is only available once contributors have reached the age of eligibility for a pension. 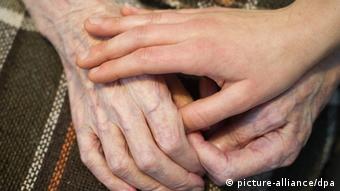 "But I don't see it as an attractive choice," said Schnabel, "because, by doing so, people only get the employee portion of contributions and not the money their employers paid in."

By contrast, when people draw pensions, or have their German pension entitlements added to benefits at home, the employers' contributions are included.

Immigrants to Germany from outside the EU may face disadvantages when it comes to the pension system, since they are not covered by the European Union's uniform policy on the matter.

However, Germany has signed bilateral agreements on pension policies with a number of non-EU countries, including Turkey, the United States, Canada, India, Australia. Israel, China, Korea and Japan. The treaty with Turkey ensures, for example, that the contributions made under the German and Turkish systems can be added together. When it comes to other countries, though, no such agreements exists. It becomes a case-by-case question as to whether a retiree can draw a German pension, and in what amount. It is often a difficult matter to settle.

What about the care contributions?

Employees in Germany are also required to pay into the long-term disability insurance program, which helps cover the costs for those in need of extensive care services. The system costs workers about 1 percent of their income and can come in handy, for example, in cases where the elderly need help paying for a nursing home.

But these payments often do little to help foreigner workers once they return home, even if they hail from other EU countries. Just a few other EU states provide for long-term care services in the same sense as Germany does; among them, The Netherlands.

As a result, immigrants who ultimately leave Germany often lose the money they paid for extended care insurance. After returning home, they are subject to the laws governing their nations of origin. And that means they are subject to their home countries' social security systems, explains Bernd Christl of the German Liaison Office on Health Insurance - Overseas (DVKA). When someone from Spain comes to work in Germany for a few years, but then returns home, the regulations there apply to him. There is no pay-out available as there is with pensions.

Christl further points out that the existing agreements on pensions between Germany and non-EU countries also do not contain provisions for reclaiming extended care insurance payments.

Millions of highly qualified workers in Europe and around the world are employed as foreign domestic staff. They may earn more than they would at home, but often it comes at the cost of their family life. (11.06.2013)