Germany′s Islamic Leaders Call For Release of Iraq Hostages | Germany | News and in-depth reporting from Berlin and beyond | DW | 05.02.2006

German Islamic leaders urged for the kidnappers of two German hostages in Iraq to release the men as the US military announced Sunday that a new batch of Iraq detainees had been freed. 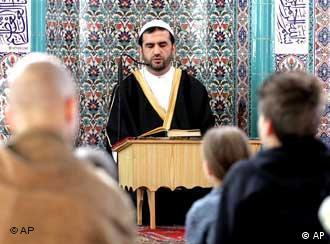 Islamic leaders have condemned the kidnappers for bringing Islam into disrupte

Germany's largest Islamic groups issued urgent appeals for the release of the two German hostages on Sunday. "Let the hostages go immediately," the chairman of the Islamic

Council for Germany, Ali Kizilkaya, wrote in the Bild am Sonntag newspaper.

"It is regrettable that religion is being abused once again and all of Islam is brought into disrepute. Our thoughts are with the families of the two hostages."

The deputy general secretary of the Islamic group Milli Gorus, Mustafa Yeneroglu, said Bräunlich and Nitzschke, had gone to Iraq to assist its people.

"The fact that two people have been kidnapped who have helped Iraq economically with their work demonstrates how absurd this act is," he said.

The president of the Turkish-German Muslim organization DITIB, Ridvan Cakir, said the kidnapping marked a clear violation of the tenets of Islam.

"I call on the kidnappers to let the two Germans go at once," he said.

And the chairman of the Central Council of Muslims in Germany, Nadeem Elyas, said that in light of Berlin's fierce opposition to the US-led Iraq war in 2003, the German engineers should be seen as innocent bystanders.

"There is no logic in the world that could justify the kidnapping. The German people are linked to the Iraqi people in friendship -- after all it was the German government that opposed the Iraq war at the time," he said in a statement.

"German Chancellor Angela Merkel and myself call upon you, on behalf of all Germans, to release the two hostages without subjecting them to any pain," Steinmeier said.

Bräunlich and Nitzschke, who work for German gas equipment installation company Cryotec, were abducted near a key oil refinery in the northern town of Baiji on January 24 by armed men in military uniform. 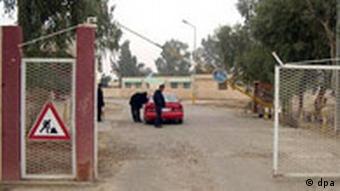 Their kidnappers threatened on Tuesday to kill them unless Berlin cut all links with Baghdad within 72 hours.

President Horst Köhler said on Friday he was "very concerned" by the kidnapping. A foreign ministry spokesman described the situation as "extremely serious".

Amid growing concern at home, he said Germany was making all possible efforts to ensure the release of the two men but declined to "comment on or interpret the kidnappers' ultimatum".

Iraq on Sunday freed more than 50 male prisoners but held back female detainees as the fate of US and German hostages remained unknown amid a tight security clampdown for the main Shiite festival.

The US military said it had released 50 male detainees, but later the Iraqi government said 53 prisoners were freed.

"There was no female detainee release today," the spokesman for the US detention facility in Iraq told reporters.

"Today's release was done after a review by the joint board and at this stage I cannot offer any other details.

It is believed the US military release of the detainees was an attempt to gain some leverage in the kidnappings of Bräunlich and Nitzschke and US reporter Jill Carroll.

Last month, Iraq released more than 400 detainees, including five women, in a move widely seen as a response to demands from the kidnappers of Carroll for the freeing of all female prisoners in Iraq.

Both US and Iraqi spokesmen strongly denied any link at the time.

Shortly after those releases, a new videotape from the kidnappers was broadcast by Al Jazeera in which they broadened their demand to include all detainees, male or female.

"The journalist called on her family, her colleagues and Americans throughout the world to ask the US military authorities and the Iraqi interior ministry to free all Iraqi prisoners, saying this could contribute to her release," the channel's presenter said. 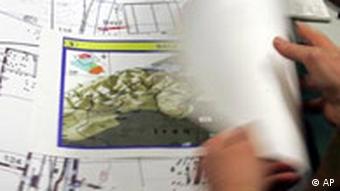 Emergency teams in and outside Iraq are working to find and free the hostages.

Carroll, who was working for the Christian Science Monitor, was abducted in Baghdad on January 7 by a group calling itself the Brigades of Vengeance as she traveled to a meeting with a leading Sunni Arab politician.

"We have no new information on the hostage," a US military spokesman said referring to Carroll.

The three hostages are among nearly 250 foreigners kidnapped in Iraq since the March 2003 invasion. Many of them have been killed.

A video of the two German engineers kidnapped in northern Iraq was broadcast by Al Jazeera on Friday. It is the first sign that the two are still alive since they were taken hostage three days ago. (Jan. 27, 2006)

The company that employs the two German engineers kidnapped in Iraq was accused on Thursday of failing to protect its staff by leading politicians who said it should pay part of the cost of finding them. (Jan. 26, 2006=

Mothers of German Hostages Plead For the Lives of Their Sons

The mothers of two German engineers kidnapped in Iraq have appeared on television to plead for the lives of their sons as fears continue for their safety. (Feb. 3, 2006)