The town of Glashütte is the heart of watchmaking in Germany, with a tradition dating back to 1845. As Hardy Graupner reports, the "Made in Glashütte" label is now officially protected by law — and for good reason. 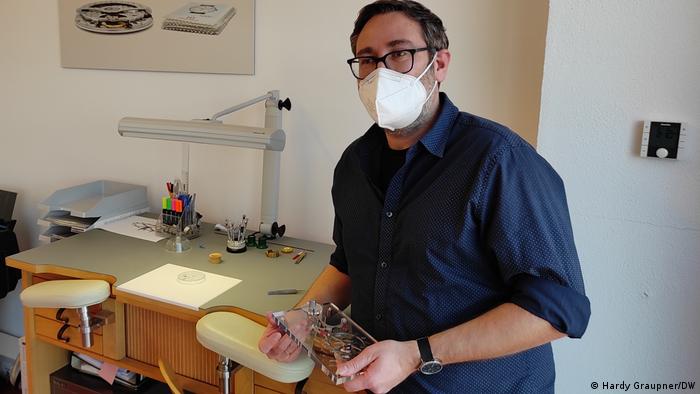 Theodor Prenzel represents the research unit at NOMOS, one of the nine renowned watchmaking firms in Glashütte

Do you struggle to find the time to do the things you always wanted to do? Well, the small town of Glashütte in the German state of Saxony may help you, because you can easily track down time here and, in a way, even capture it.

In fact, the town, which is located in a mountain range near the Czech border, claims that "time lives here" — a slogan you see on signboards that welcome visitors as they arrive. 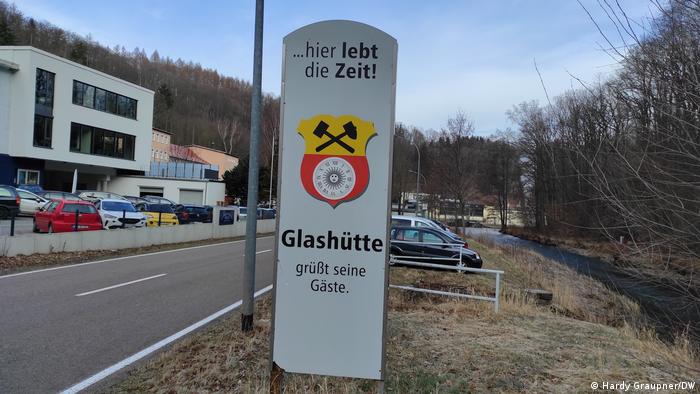 This is the heart of Germany's watchmaking trade. The timepieces are produced by  renowned manufacturers who might lose the battle against the fierce competition in Switzerland in terms of the quantity of wristwatches they make, but as far as quality is concerned, the Glashütte firms are certainly on a par.

NOMOS Glashütte is one of the newer brands in town, known for its iconic, often Bauhaus-inspired watches. The array of high-precision machines and tools in the turning and milling sections is breathtaking.

Depending on the various models, the watches include as many as 100 to 200 components. Some of these parts are so small that you hardly see them with the naked eye, and producing them in the best possible quality is a daily challenge, says the head of manufacturing at NOMOS Glashütte, Steffen Kluge.

"Not without reason do we have a temperature-controlled workshop, since we know that even the slightest deviation from the default temperature of 24 degrees Celsius [75 degrees Fahrenheit] can impact our output," he says. 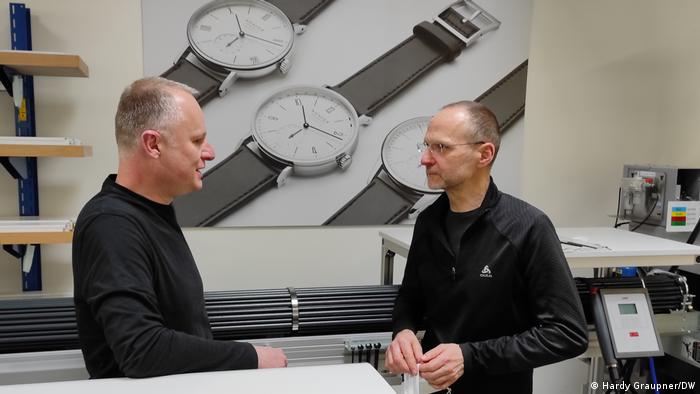 Producing under the "Made in Glashütte" label is seen as both an honor and commitment at NOMOS, which makes more watches than any other company in Germany.

"The fact that we make the largest number of watches of all German companies doesn't mean we neglect quality standards," says Kluge. "On the contrary, we've been working very hard on perfecting our watches and the share of consumer complaints is really negligible." 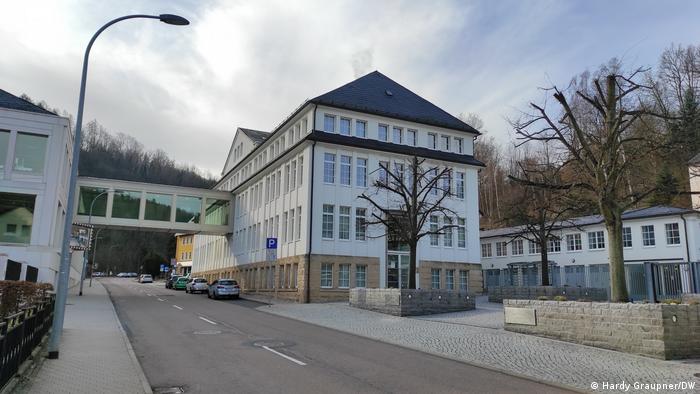 Glashütte's watchmaking tradition goes all the way back to 1845 when the first factory was built by Ferdinand Adolph Lange, who later founded A. Lange & Söhne. The company is still around and is among the most popular luxury watch firms in the world. Its watches can easily cost several hundred thousand euros, sometimes even millions of euros.

Other renowned local players are Glashütte Original, Mühle and Wempe, to name but a few. In 2020, the town celebrated 175 years of watchmaking, also remembering activities in former East Germany when the industry was nationalized and individual firms were merged into a state-owned enterprise with a focus on producing watches for the masses. 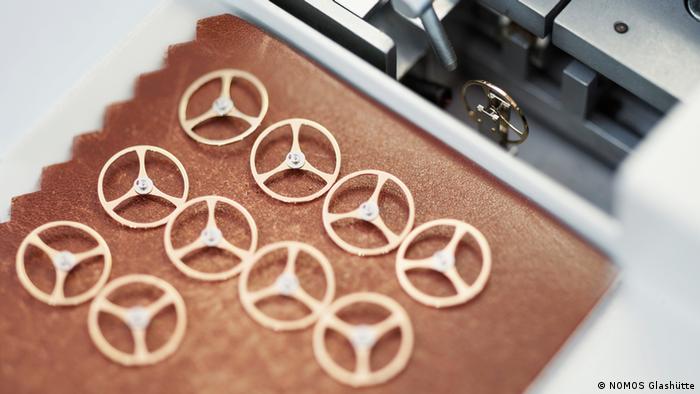 In February of this year, Germany's upper house of parliament finally passed a bill that grants Glashütte watches a protected designation of origin (PDO) status.

Whoever uses this label has to meet a string of criteria. At least 50% of the value-added chain has to come from Glashütte itself and a couple of adjacent communities, with nearby Dresden limited to electroplating and laser work. Significant manufacturing stages as defined by the regulations are: the production of the movement, the encasing of the movement and the final inspection of the watches. NOMOS CEO Uwe Ahrendt welcomes the fact that the special protection is now in place for all.

"The regulation protects jobs and the investments made by the local watchmakers here whereas before there was no real legal certainty about the 'Made in Glashütte' label," he says. "Misuse of the label by market players outside Glashütte could potentially lead to complaints about low quality standards and general consumer dissatisfaction." 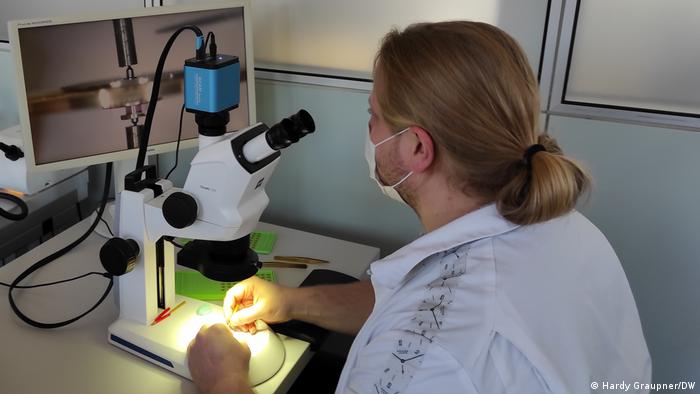 The chief executive points out that NOMOS has had no problems meeting the conditions for the label. On the contrary, Ahrendt says, the company is able to create well over 90% of the value added in Glashütte. This is primarily thanks to a technological feat it pulled off in 2014. Back then, the firm unveiled its own centerpiece of a watch's movement or caliber.

It's widely known as the "escapement" — the manufacturer calls it NOMOS Swing System. Producing an in-house escapement in series is something that hardly any other company in the trade has achieved. It took the company seven years of research in tandem with the Technical University of Dresden and the Fraunhofer institute — as well as a risky investment of €11 million ($12 million) — to achieve it.

"In hindsight, it was the right decision as it made us technologically independent in producing a very crucial component, and we now belong to the very few in the world who can make their own escapements," says Ahrendt. "It was probably a crazy idea to embark on this back then, but it's definitely paying off now." 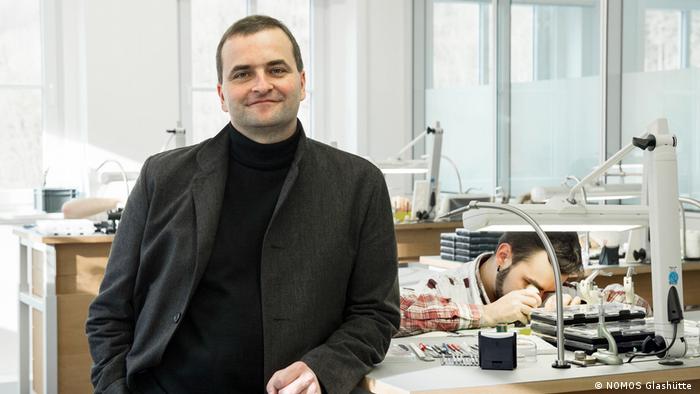 In general, the Glashütte watchmakers can look to the future with renewed confidence. Every one of them has had their share of ups and downs, not least due to the effects of the coronavirus pandemic. NOMOS Glashütte had to introduce a short-time work scheme at the beginning to cushion the impact of slumping global demand for its watches.

But demand has been picking up again since the fall of 2020, and right now orders are well above pre-pandemic 2019 levels, says Ahrendt. For 2022, the company expects double-digit year-on-year revenue growth. The firm's biggest export market is North America, followed by Italy. China and Japan are the big markets in Asia. 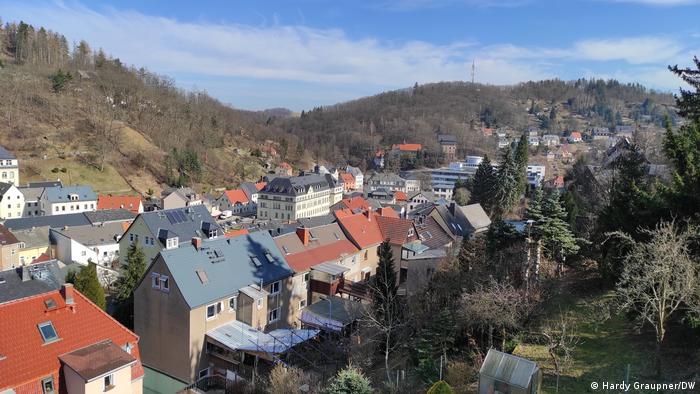 "Some of our competitors on the ground play in a different price league," admits Florian Langenbucher from the PR department. "Even though we build most of the watches with the Glashütte designation of origin, we are not among the companies with the highest turnover. A product of the highest quality at a fair price is part of our philosophy."

What really matters is that the Glashütte companies — each in their own way —contribute to the town's reputation abroad as Germany's center of high-precision watchmaking.

"Each firm here has its own profile, quality standards plus design and corporate identity, and the whole town profits from this diversity," CEO Ahrendt agrees.

The special protection that the "Made in Glashütte" label has now acquired is bound to give watchmakers on the ground yet another boost in the years ahead.

Precision and attention to detail: Watchmaking in Saxony