Germany, home to 4 million Muslims, just got its first lender that adheres to Sharia law. Charging interest is prohibited, but some analysts see little difference to the way normal banks operate. 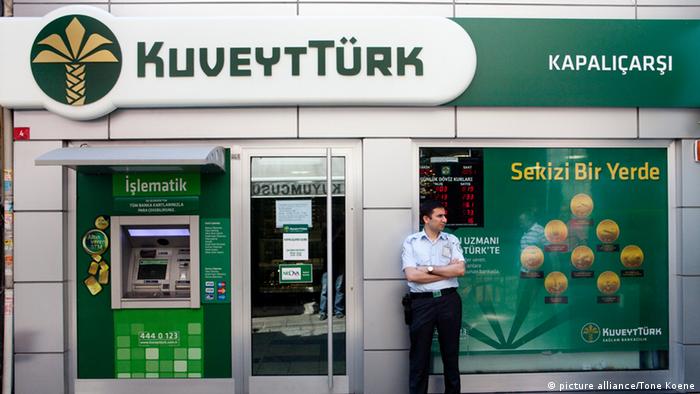 If, according to the Koran, trade is permitted but charging interest is the work of Satan, that would make most Western bankers more than a little devilish.

But tacking a fee onto the funds it lends out is not how the first Islamic bank to operate in Germany, the Kuveyt Turk (KT) Bank, which opened in Frankfurt on Monday, will be making its money.

Instead, the Turkish-owned bank will purchase a piece of property, for example, and sell it to a prospective homeowner at a higher price - which would technically not be interest. The sum can also be paid off in installments.

Some analysts have noted little difference between this practice and traditional Western loan operations, but Ugurlu Soylu, general manager at KT Bank, says it boosts the real economy.

Lending is conducted, like at traditional banks, by tapping savers' deposits. Individual customers are then given a share of the average yields from the bank's credit operations.

That "interest," however, is not allocated according to how much money a customer has parked at the bank.

"Bottom line, for our customers there is no difference to paying for something with interest charges," Soylu told the German news agency dpa.

One advantage of the pool system, he said, is that risks are more evenly distributed, and thus a total collapse of the system is less likely.

But this is not the only tenet of Sharia-compatible banking, which is based on Verse 275 of the second surah of the Koran. Investments in arms dealing, alcohol, gambling, tobacco and prostitution are also prohibited - not that regular banks are necessarily investors in these fields, either.

KT Bank is a subsidiary of KT Katilim Bankasi, based in Istanbul, and has been operating as a financial services company in the German city of Mannheim for five years. Earlier this year, it received its banking license from the German banking regulator BaFin.