The size of a radical movement that rejects the legitimacy of the modern German state has grown to 19,000. Authorities have stepped up efforts to crack down on the far-right extremists, some of whom are armed. 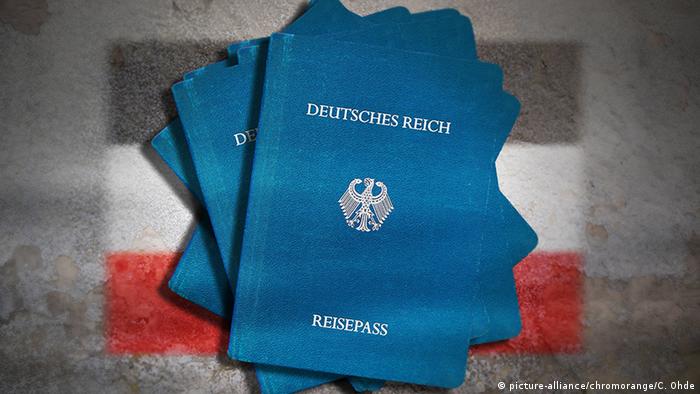 The number of people known to be active in Germany's Reichsbürger (Reich Citizen) and Selbstverwalter (Sovereign Citizen) movements has almost doubled to 19,000 over the past two years, the Interior Ministry admitted on Friday.

The ministry acknowledges that up to 950 members have been categorized as right-wing extremists.

It was responding to a question in Germany's Bundestag from the Green party about the group's membership and its most radical members.

Read more: What is behind the right-wing 'Reichsbürger' movement?

Reichsbürger describes a loose grouping of people who do not recognize the authority of the current system of government. Members insist that the laws of both the German Empire and Nazi Germany still apply today, and many of them refuse to pay taxes or fines.

Germany's domestic intelligence agency said there were 10,000 Reichsbürger in 2016 and some 16,500 members by last year. The agency believes its focus has helped it uncover additional members.

Earlier this month, a German media investigation found that as many as 600 members still own rifles and pistols, despite attempts by authorities to crack down on and disarm the movement.

Public broadcaster NDR and the Süddeutsche Zeitung newspaper discovered that only around half of all known members have had their permits revoked.

German security services have increased their monitoring of the far-right scene over the past two years following a spate of violent attacks on the public and police.

The movement gained significant traction after a member shot dead a policeman in Bavaria in October 2016.

A few months later, a member in the southwestern city of Trier fired a soft-air rifle in a public square and threatened several passers-by.

Since then, several officers have been injured in police operations against members. The most recent, last month, saw several Reichsbürger clash with police after a protest in Erlenbach in the state of Baden-Württemberg turned violent.

Responding to the latest figures, the Greens interior affairs spokeswoman, Irene Mihalic, expressed concern that the "number of Reich citizens with their state-toppling plans is growing and growing."

Mihalic complained that "the number of weapons permits being withdrawn seems to have stagnated."

A wider query by the Greens revealed that, as of October 15, right-wing extremists were responsible for nearly 12,000 politically motivated crimes, out of 19,508 recorded this year.

The ministry added that they committed the overwhelming majority of anti-Semitic crimes, 910 out of 1,015, and anti-Islamic crimes, 463 out of 500, recorded so far this year.