Members of Germany's euroskeptic AfD hope they've put a contentious power struggle behind them by electing conservative Frauke Petry their leader. She had previously shared the role with rival Bernd Lucke. 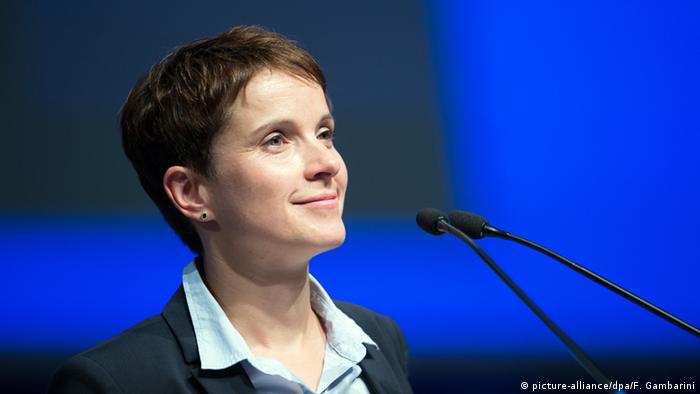 Petry won 60 percent of the votes against her competitor and AfD founder Bernd Lucke. Voting for the new leader took place at a two-day convention in Essen where party members hoped to determine how to heal the rifts in the party and put a bitter power struggle among party leadership behind them.

Lucke had declared before the vote that he would not apply for the position of the party's deputy head. This made Petry the only office-bearing politician in the party leadership, with no one to handle her position in her absence. 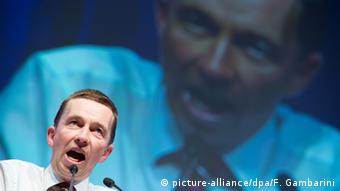 Lucke and Petry, who is a member of Saxony's legislative assembly, have been at loggerheads regarding the AfD's political position.

Petry seeks to steer the party further to the right, while Lucke wants to adopt a more liberal, pro-business stance and is worried that his supporters are not being able to sufficiently distance themselves from the far-right. Petry has denied this charge.

Some of the 3,000 members of the AfD party conference booed Lucke when he spoke against completely condemning Islam during his speech. Petry had supported talks with the anti-Islamization group PEGIDA, which stands for People Against the Islamization of the West.

Many AfD members lent their vocal support to Petry's comment that there are "massive integration problems linked to the fact that a religion like Islam conveys a vision of the state that is totally foreign to that which we know in Europe."

Founded in 2013, the AfD has emerged as a minor player in German politics since it was founded two years ago, having won seats in five state assemblies and the European Parliament. It is currently polling at around 5 percent support.

A leader of the euroskeptic Alternative for Germany party has been told he cannot continue with his 'Wake-Up Call' splinter group. Bernd Lucke is locked in a power struggle with fellow party leader Frauke Petry. (23.06.2015)