Germany′s ″Dumbest Bank″ to Press Charges Against Own Staff | Germany| News and in-depth reporting from Berlin and beyond | DW | 20.09.2008

Germany's "Dumbest Bank" to Press Charges Against Own Staff

A German bank that handed over 350 million euros this week to bankrupt Lehman Brothers and got nothing in exchange may pursue criminal charges against its own executives, a report said Saturday, Sept. 20. 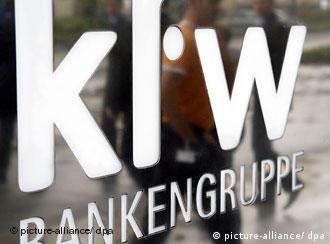 KfW, a government bank that administers federal shareholdings and passes out soft loans to home-owners, was dubbed "Germany's dumbest bank" by the mass-circulation newspaper Bild when the scandal broke.

The automated payment on Monday went out just hours before Lehman declared itself insolvent. Lehman did not settle the swap with the equivalent in US currency, 500 million dollars, leaving KfW in the queue as a creditor.

Quoting banking sources, the German weekly magazine Focus said KfW had asked a Frankfurt law firm, Clifford, to study if it could sack or bring a prosecution against executives responsible for the blunder.

Asked to confirm the story, a KfW spokeswoman told the DPA news agency only that a law firm was reviewing "all relevant aspects of the matter."

KfW suspended two of its seven-member executive board, Detlef Leinberger and Peter Fleischer. They remain on full pay, Focus said.

Amid growing outrage over the planned bailout of a subsidiary and a mistaken money transfer, pressure is mounting on Germany's KfW development bank. (18.09.2008)