Germany′s BND Foreign Intelligence Service to Be Overhauled | Germany | News and in-depth reporting from Berlin and beyond | DW | 29.10.2007

Germany's BND foreign intelligence service faces a radical overhaul after a series of scandals. The agency is meant to become a stronger "service provider," a spokesman said. 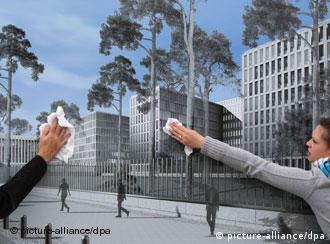 The BND has started cleaning house

"The service will undergo a thorough reform process," said Bundesnachrichtendienst (BND) spokesman Stefan Borchert on Saturday, Oct. 27. "Antiquated and crusty structures will be broken up."

The aim was for the agency to become stronger as a "service provider" for the German government and parliament, Borchert said, adding that Berlin's control over the agency was meant to be strengthened.

The reform of the BND, which has 6,000 employees, is due to be completed by 2009, the same year as Germany's next parliamentary elections, and three years before the agency is due to complete its move from Pullach, near Munich, to Berlin. 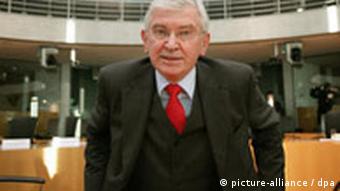 The service's upper tiers are supposed to be trimmed down at the same time as its eight departments would grow to 12. A new "proliferation" department would deal with illegal weapons deals. The wall between agents who collect information and those who analyze it was going to be broken down, Borchert said, ensuring more transparency.

The BND's 50-year history is speckled with scandals, most recently for its agent's questionable actions in Afghanistan and for spying on journalists in Germany, a practice that was only suspended in late 2005. The "self-protection" department, which did the spying, would only be responsible for protecting the service's own agents after the reform, Der Spiegel newsmagazine reported.

Borchert stressed that the reform plans were not the result of "alleged or real existing scandals." He said an overhaul had been under debate for a long time in order to prepare the BND for "future challenges," but that the events had made reform more urgent.

BND President Ernst Uhrlau had touted the reform in employee meetings in Pullach and Berlin as a profound change to the service.

Praise for the reform came from opposition politicians over the weekend. 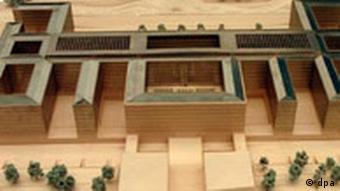 The BND's headquarters will soon be in the capital

"It was time for the consequences to be drawn from the apparent aberrations," Hans-Christian Ströbele, an opposition Green party member of the parliamentary commission established to investigate the BND's activities in Afghanistan, told the taz daily. "Thus the BND leadership and the federal Chancellery would be in a position to better control the agency.

"The federal government has recognized that it has to keep the BND on a shorter leash," Max Stadler, told ARD television over the weekend. "For that we also need better control by the parliament."

Amid escalating violence in Afghanistan and growing debate in Germany about negotiating with parts of the Taliban, a news magazine reported that the German secret service held talks with the radical Islamists in 2005. (20.08.2007)

A group promoting freedom of expression called on German authorities Thursday to put a stop to an investigation of 17 journalists accused of violating state secrecy laws, saying such a probe has no place in a democracy. (09.08.2007)

Prosecutors have reopened an investigation into allegations that two German special forces soldiers mistreated Murat Kurnaz, a German-born Turk, while he was being held at detention camp in Afghanistan. (07.08.2007)

How can Germany ensure it keeps a tight leash on its intelligence agencies? Send us an e-mail. Please include your name and country in your reply.