Germany uses ′embassy hearings′ to speed up deportations | Germany | News and in-depth reporting from Berlin and beyond | DW | 10.01.2021

More than 250,000 people live in Germany without a legal status, largely because their nationality can't be determined. The German government is paying foreign embassies to question them for potential deportation. 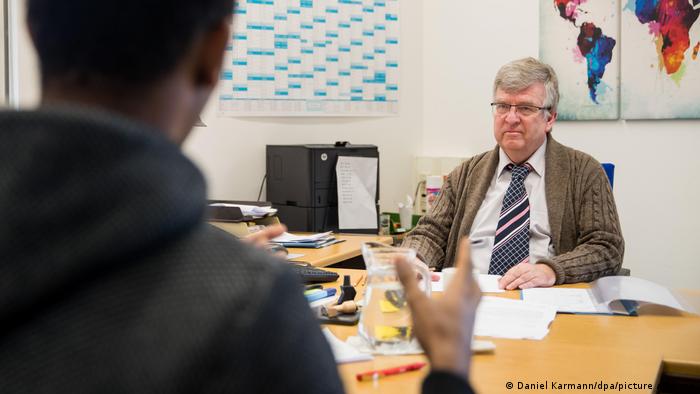 Asylum seekers must attend hearings to prove their identity and nationality

Amadou was seized with fear when he returned to his room in November. Waiting for him at the temporary facility for displaced people was a summons that told him he was required to appear before a commission from his homeland, Guinea, within days.

Amadou told DW that he knew what this meant. "Because I didn't have papers, the immigration authorities wanted to send me there so they could get papers and deport me," said Amadou, who asked that his real name not be used. "But why? I haven't done anything bad."

Amadou's asylum application had been rejected. He was too frightened to attend his appointment with the commission. "I thought that then I would have to go away, leave my room, my friends — that there would be nothing left for me: only jail in Germany, jail in Conakry, then death," he said, his voice breaking.

Such appointments, described as "embassy hearings," are taking place all over Germany. The delegations from asylum applicants' presumed countries of origin receive funding from Germany's federal government, with people from African countries are most frequently affected. In 2019 and 2020, more than 1,100 people from Nigeria and almost 370 people from Ghana were called in, followed by citizens of Gambia (146) and Guinea (126). Many more were summoned for interviews, as Germany's government revealed following a formal information request from Ulla Jelpke, member of the Bundestag for the socialist Left party. 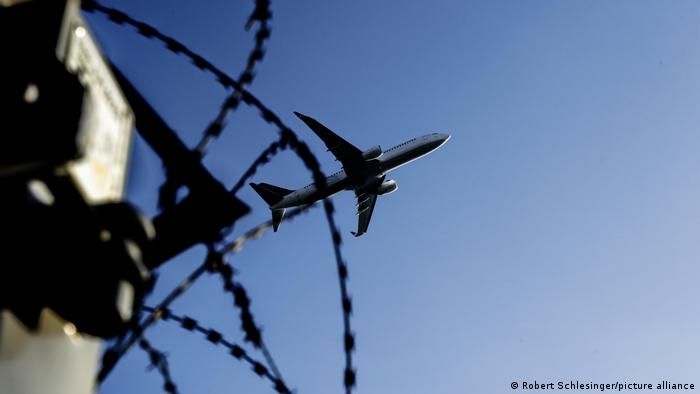 Germany is seeking to accelerate deportations

According to the government. these hearings are both legal and necessary. "Hearings are an essential means for determining the nationality of persons obliged to leave the country," a spokesperson for the Interior Ministry wrote in response to an inquiry from DW. "Travel documents can only be issued once their nationality has been established. Hearings like these have been conducted on a legal basis in Germany for years, and their usefulness is proven." She added that other EU countries use similar procedures.

The German Council on Foreign Relations (DGAP) estimates that in 2020 there were about 250,000 people living in Germany without legal residency status. When he took office as Interior Minister in 2018, Horst Seehofer promised to reduce this figure, and according to the DGAP about 22,000 people were deported in 2019.

German officials say people's countries of origin share responsibility for ensuring that they are returned if not permitted to remain, and authorities have accused the embassies of African nations of being slow to issue the necessary documents that would permit deportations. The subject comes up whenever Chancellor Angela Merkel visits Africa, and some diplomats from African countries have privately said that Germany's government has exerted excessive pressure on them to comply.

Members of German opposition parties also criticize the practice. "Every one of these ominous summonses is one too many," the Left party's Jelpke told DW. "The proceedings are nontransparent, and those affected have repeatedly reported infringements of their rights." Moreover, she said, the criteria used to determine countries of origin are entirely unclear. Jelpke says that Sierra Leoneans have been deported to Nigeria.

Interior Ministry officials reject such criticism. "People are only positively identified if those conducting the hearing are convinced that they are indeed citizens of their country," according to the spokesperson. "People under obligation to leave the country are also free to bring in a legal adviser." 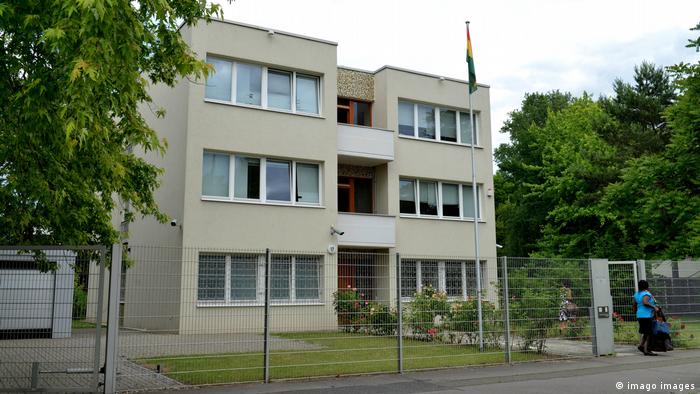 Officials from African embassies, such as this Ghanaian one in Berlin, are engaged to establish the identities of asylum seekers

In 2018, Germany's government signed an agreement with Amadou's homeland, Guinea, to speed up deportations. By October 2020, 40 people had been sent back under the agreement. The West African country has been troubled by unrest for some time, since the president, Alpha Conde, decided to continue in office for a third term following a change to the constitution in March.

"Again and again, in the past months and years, civilians have been killed, injured, or arbitrarily imprisoned by the Guinean security forces," Jelpke said. "Deportations to that country constitute a serious threat to the life and physical integrity of the deportee."

Amadou said the son of an influential commander in Guinea's security forces had abused him for years, but when he reported it to the police, he was jailed. He said he has been tortured on numerous occasions and almost killed after leaving prison. That is another reason why he can't imagine appearing before a commission from his home country. "I don't trust them," he said. "I'm afraid of them. They're working with the government."

Experts warn that deportation of asylum-seekers from Germany to Afghanistan is putting their lives at risk amid increasing violent attacks in their home country.

The decrease was partially due to travel regulations due to the coronavirus pandemic, with officials citing a lack of flights and refusal on the part of some countries to take back their citizens.