Despite a tight budget, Germany aims to increase investment in space science and technology to fuel innovation and growth through the auspices of the European Space Agency rather than its own national space program. 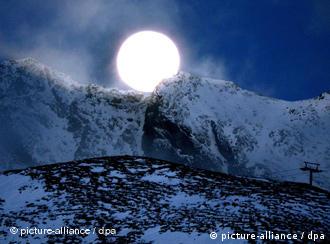 Germany is giving up its national sights on the moon

The German government said this week it would step up public investments in space science from its current 1.2 billion euros ($1.6 billion) annually to 1.4 billion euros by 2014.

"The government's new strategy punctuates how central applied space technology is for the future of the country," said Rainer Bruederle, Germany's economy minister, in a speech on Tuesday. He presented the space strategy paper at a press conference in Berlin.

"Satellites have become the backbone of our communication and logistics systems," he said, stressing how that technology would become increasingly important for weather and environmental monitoring, transportation and telecommunications, and for combatting terrorism.

For cost reasons, there would be a shift away from planning German manned flights to the moon.

Almost four years ago, the government had previously announced plans for a 2013 moon flight, and in 2009, another government official called for an unmanned moon mission in 2015.

Getting humans back on the moon 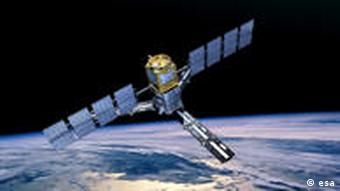 Peter Hintze, government coordinator of German aerospace policy, regretted that manned lunar missions would feel the pinch. The moon is an archive of the Earth, he said, and should continue to undergo research.

"I'm convinced that people will return to the moon," he concluded.

Although Hintze may not be over the moon about this new plan, other government officials put a postive spin on the annoucement.

"But Germany isn't giving up its dreams of the moon and space travel," said Johann-Dietrich Woerner, chairman of the German Aerospace Center, in an interview with Deutsche Welle. The DLR, as it is known in German, frequently works together with the European Space Agency (ESA).

"We will merely work together with our European partners to that end," he said. The country will contribute to European spacecraft and flights, and may cooperate with the United States and Japan on space science missions.

Other bilateral projects include a climate sciene mission with France called "Merlin," slated for 2014 to map atmospheric methane concentrations around the world.

The German government also said it wanted to create a kind of liability scheme for space.

For example, binding rules should be put in place to prevent space from becoming more clogged with junk.

"A traffic breakdown in space would be catastrophic," Bruederle said, stressing that operators of satellites, for example, should be made to pay and fetch defective units from space. 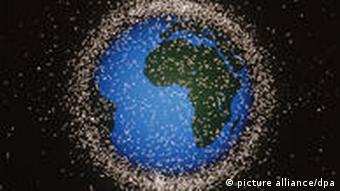 Germany currently provides some 637 million euros ($840 million) to the ESA annually, which organizes European space activities - and is second only to France in terms of contributions.

However, Woerner argued that while Germany lags behind other countries in its national space budget - after the United States, Russia, China, Japan and France - it still is the global expert in the area of robotics and radar technology.

He stressed that the goverment's new strategy is a good one because it "shifts the focus from planning space flights mission-by-mission and focuses more on navigation, rocket and robotics technology, among other things, which is conductive to long-term organization and orientation."

As far as moon travel goes, Woerner said, it's more than just a pipe dream.

"The moon is still a good idea, and good ideas are extremely important," Woerner noted.

"We've always had more good ideas than we've had money and it will probably stay that way in the future. Besides, it would be sad if we lost our imagination."

A German government official has called for the country to launch an unmanned mission to the moon by 2015. The project would boost research, but currently there's hardly the money for such high-flying ventures. (12.08.2009)

Germany Mulls Sending Own Mission to the Moon

According to media reports, the German space agency is preparing for a mission to the moon and the federal government is listening with interest. (04.03.2007)