Germany to deliver 15 'Gepard' tanks to Ukraine in July

Germany's defense minister has said the anti-aircraft tank will be used to protect "critical infrastructure" in Ukraine from Russian attacks. 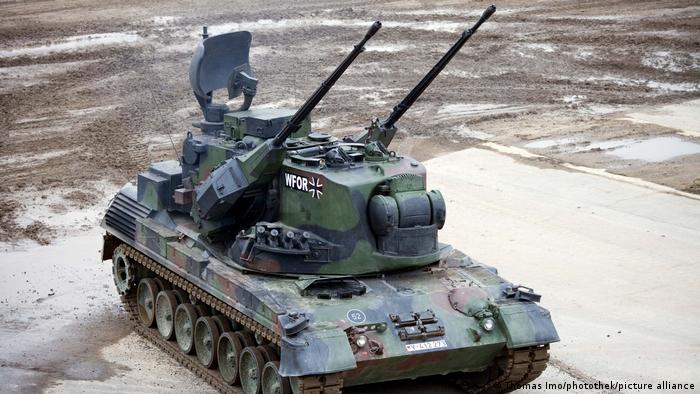 Included with the arms delivery will be training support by the German Armed Forces and the provision of nearly 60,000 rounds of ammunition, Germany's dpa news agency reported.

The announcement came after a meeting Friday between German Defense Minister Christine Lambrecht and her Ukrainian counterpart Olexii Resnikov.

Lambrecht said that the Gepard is an "effective" weapon with a "considerable deterrent effect ... for the protection of critical infrastructure."

What is the Gepard?

The Gepard (German for "cheetah") is an anti-aircraft gun, or flak tank, armed with twin 35-mm guns that can be used against aircraft and helicopters at altitudes of up to 3,500 meters (11,500 feet).

The tank would be especially useful for Ukrainian forces, as it was designed to counter armored attack helicopters, such as the Soviet-Russian Mil Mi-24.

It is also effective against lightly armored ground targets such as infantry vehicles and transport tanks, but would be vulnerable to battle tanks because of its relatively small caliber guns.

The Gepard was developed in 1976 and the last tank was decommissioned by the German military in 2012. The units to be sent to Ukraine must be made operational again.

The German manufacturer of the Gepard, Krauss-Maffei Wegmann, has technically refurbished mothballed tanks from earlier German military stocks. A total of 50 Gepards could be made available.

What arms has Germany sent to Ukraine?

Germany's weapons deliveries to Ukraine come after a landmark policy shift in the first weeks of the war allowing for German arms to be sent into active combat zones.

Since then, Germany has pledged to send various weapons systems into Ukraine. 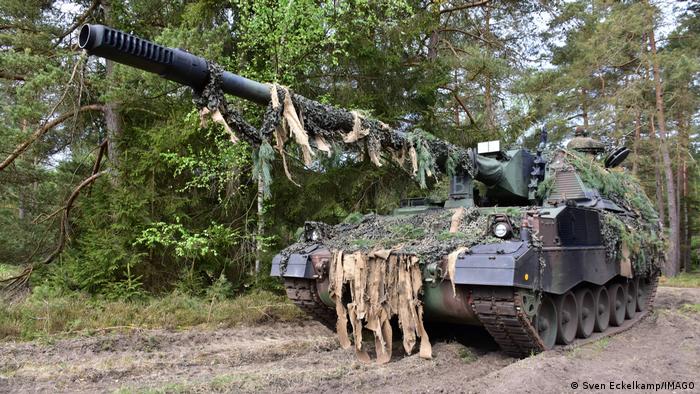 These include seven Howitzer 2000 artillery guns, which are mounted on a fast-moving vehicle, and fire shells in rapid succession more than 30 kilometers. Around 60 Ukrainian soldiers arrived in Germany earlier in May to begin Howitzer training.

However, Ukraine has said Germany is dragging its feet on delivering larger weapons systems.

After Russia said it would shift its war focus to the eastern Donbas region, Ukraine has pleaded with the West to deliver it weapons like fast-moving tanks and long-range artillery, to successfully counter a more mobile Russian force operating in the relatively open terrain of eastern Ukraine.