Germany to Block Sale of Its Cultural Assets Abroad

Germany's Culture Minister Bernd Neumann has said that Germany should protect its cultural heritage by not allowing important cultural artifacts to be sold abroad. 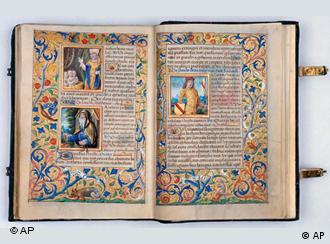 The sale of the Book of Hours of Count Christoph I of Baden, dated 1490, was also planned

Germany's Culture Minister Bernd Neumann said on Monday he would make sure that the planned sales of a manuscript collection from the state library of Baden-Württemberg did not take place.

"Such a sale would be an example of careless handling of our cultural heritage, and from a cultural and political point of view not justifiable," Neumann said.

The southwestern state of Baden-Württemberg originally planned to sell around 3,600 manuscripts from its state library collection in Karlsruhe with the goal of raising around 70 million euros ($88.6 million) for financing the maintenance of Salem Castle and Abbey, a Gothic architectural gem which dates back to the 12th century.

"I am very much concerned when public collections are compelled out of short-term financial considerations to sell objects of cultural heritage that have been entrusted to their care," Neumann said. "Once sold, cultural artifacts are as a rule irrevocably lost to the public."

Every manuscript is unique 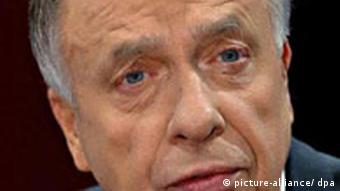 Cultural heritage is not for sale: Germany's Minister of Culture Bernd Neumann

In order to make sure that the manuscripts from Baden-Württemberg do not get sold abroad, Neumann said he had met with state officials on Friday.

"I made it clear what was at stake for culture," Neumann said. "Fortunately, a consensus was reached that this national asset should not migrate abroad and that solutions which would not be damaging to culture must be found."

"Every manuscript is unique, an irreplaceable piece in a great puzzle, which already has many holes," the statement reads. "Those who deprive the public of one such piece, allow a new blind spot to be created. No politician has the right to rob the people of their past."

It happens rarely that 50 years after the death of a writer, new and important manuscripts are discovered. But this is exactly what happened in the case of the greatest dramatist of the 20th century, Bertolt Brecht. (15.08.2006)

How should European cultural heritage be preserved in the age of the Internet? What are the implications of new technologies on the European cultural scene? A conference in Salzburg, Austria is looking for answers. (21.06.2006)

A long-lost manuscript of one of Beethoven's last works, the Great Fugue, went on display in Germany on Wednesday before going under the hammer next week at Sotheby's auction house in London. (24.11.2005)