Three suspects are being investigated in connection with July's chemical plant blast in Leverkusen, western Germany. Seven people lost their lives in the explosion. 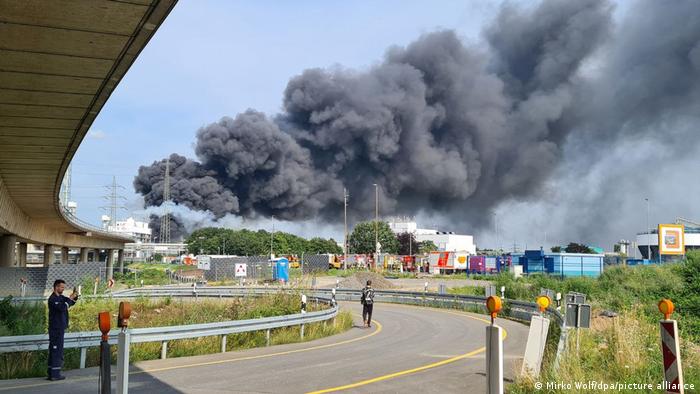 Prosecutors in Cologne, Germany announced on Tuesday that three people were being investigated in connection with the blast at a Leverkusen chemical plant.

The explosion at the Chempark industrial park on July 27 claimed the lives of seven people and injured 31 others.

What do we know about the investigation?

Authorities raided the homes of the three suspects and seized various devices and phones, along with documents. Police also searched offices belonging to Currenta, the firm which manages the chemical incineration plant where the blast occurred.

Prosecutors believe the three suspects were negligent and failed to properly handle and store chemical waste correctly and safely.

It's suspected that waste in a tank had begun to self-heat and the temperature rose beyond acceptable levels, which is then believed to have caused the series of catastrophic events that followed. 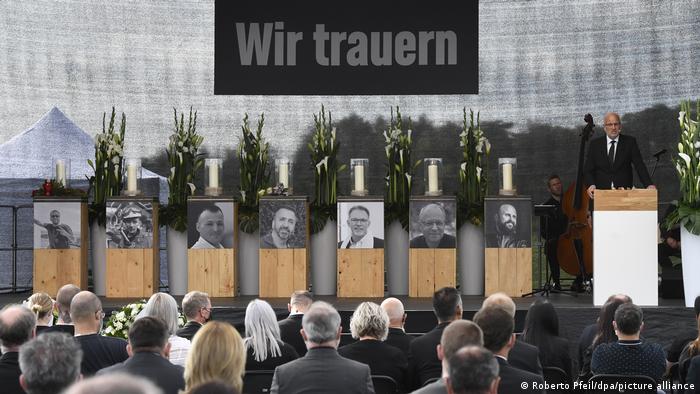 The blast claimed the lives of seven people, leading authorities to launch an initial investigation of negligent homicide

The explosion caused an enormous plume of smoke to rise above the city. Roads in the area were closed and firefighters battled for hours to extinguish the blaze.

At the time, there was serious concern that nearby residential areas were at risk of toxic contamination. Residents were urged to remain indoors and keep their windows and doors closed.

Public health officials conducted tests on soot and dust particles that fell on a residential area near the Chempark complex.

Analysis revealed low pollution levels in the vicinity of where the explosion occurred.