Germany threatens Google over Street View | Germany | News and in-depth reporting from Berlin and beyond | DW | 06.02.2010

Germany says it's considering legal moves to stop Google from offering its 'street view' service in Germany. The country's consumer protection minister has warned of a 'millionfold violation of privacy rights.' 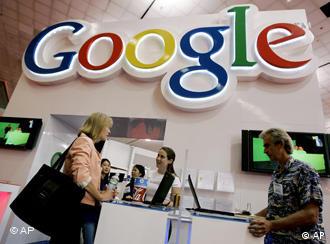 Germany wants Google to do more to protect people's privacy

Germany has warned internet giant Google that it might take legal action to prevent Google Street View from offering photos on the country's cities and streets.

The country's Consumer Protection Minister Ilse Aigner told Focus magazine that she was considering "legal steps and possible changes to the law," to prevent Google from publishing photos taken in Germany.

Google's Street View offers 360-degree pictures taken along streets in cities and towns across a country. The service is already available for the US, Britain, France and other countries.

Aigner said she was considering reversing a 2009 settlement whereby individuals would have to object should they not want to have their house or property photographed.

Rather, Aigner suggested, it should be Google who has to seek permission from individuals to put their data online.

Google Street View is already available for the US and several European countries. Seen here is an image of Paris' Charles de Gaulle square

The minister described the images on Google street view as "a millionfold violation of privacy rights."

"No secret service in the world would hunt for images in such a cavalier manner," Aigner said.

Google rejects the criticism, saying that it had been granted the permission to take the pictures under the 2009 settlement with the German authorities.

The deal included a provision that licence plates and faces would be blurred and that any individual could object to the their photographs appearing online.

Google says only some hundred people so far had objected. The internet company plans to make the street view service available later this year.

European Union ministers have agreed to move forward with plans to counter plans by Internet giant Google to create an immense digital library. They say the work should not be handled by the private sector alone. (28.11.2009)

US Internet giant Google has been banned from gathering images from Greece for its Street View service until it provides more privacy guarantees. (14.05.2009)