Germany said Wednesday it was still considering whether to support a Serbian push to ask the International Court of Justice (ICJ) for an opinion on breakaway Kosovo's legal status. 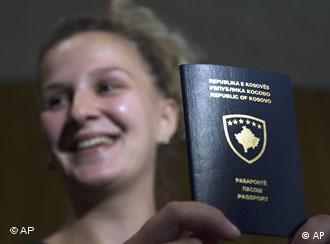 Serbia insists that Kosovo is its heartland soil and has requested the UN General Assembly and The Hague-based ICJ to give an advisory opinion on Kosovo's unilateral declaration of independence from Serbia in February. The assembly is to vote on the matter Oct. 8.

The European Union and Germany are "still working out how to vote," German Chancellor Angela Merkel said Wednesday at a news conference with Serbian President Boris Tadic, who was visiting Berlin as part of efforts to develop closer ties between his country and the European Union.

Serbia’s pursuit of the ICJ’s legal opinion has been met with scepticism among some European nations who say the legal process, which could take as long as three years to deliver a response on Kosovo’s legality, would effectively and damagingly halt the international integration of the former Serbian province.

Diplomats and UN officials have forecast that a raft of countries would abstain from the nearing assembly vote.

While quickly recognized by leading Western nations, the promotion Kosovo had hoped for in the United Nations and snowballing international recognition were blocked by Serbia's powerful ally Russia. 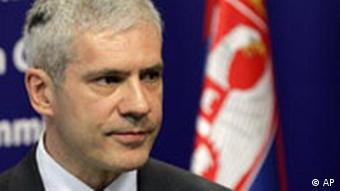 Tadic has denied floating the partition idea earlier this week

Emerging from the talks with Tadic, Chancellor Angela Merkel also rejected proposals for an ethnic division of Kosovo.

Reports from Belgrade the previous day suggested that Tadic himself had suggested division as a compromise, but in Berlin he said that he had been misunderstood.

"Partition is being discussed in Serbia and the international community and it has been one of the options during all these years," Tadic had told an evening press conference Tuesday, Sept. 30. "That option I can consider only when all other options are spent."

But Tadic told reporters Wednesday the interpretation of what he said had been "politically wrong."

The Serb leader said Belgrade would never recognize Kosovo’s independence, but was making an effort to shift the Kosovo issue "from a political corner to the legal corner" by seeking the opinion of the ICJ.

"I will reiterate the position and policy of Serbia regarding Kosovo," he said. "Serbia does not and will never recognize Kosovo's independence."

As Serbian president, Tadic has limited formal authority, but as the leader of the pro-European ruling coalition, in power since May elections, he is the actual speaker for Serbia.

The government in Pristina, dominated by Albanians and boycotted by minority Serbs, meanwhile declared the issue closed and is seeking support from more countries than the 47 that have recognized it so far.

"Our message to all those who profess partitioning Kosovo is that they've lost Kosovo forever," the Kosovo parliament Speaker Jakup Krasniqi told DPA news agency in Pristina.

"Kosovo now has internationally recognized, defined borders and any attempt to change them would open new problems in the Balkans," he warned. "We don't believe that the Balkans and Europe are interested in creating the problem of redrawing regional borders."

Romanian President Traian Basescu has strongly criticized the West's policy on the Caucasus, joining a growing number of voices which claim the West's recognition of Kosovo's independence created the problem. (23.08.2008)

Serbian Foreign Minister Vuk Jeremic was heading to New York to seek UN support for his country's plan to challenge Kosovo's independence at the International Court of Justice. (14.08.2008)