The number of Germans founding their own companies increased in 2005 -- for the first time in years. But there is still a negative attitude towards entrepreneurs, which is keeping more people from building up a business. 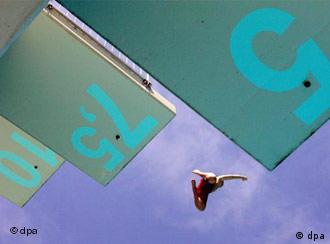 The end of the new economy boom was a blow to the entrepreneurial spirit sweeping through the world. Thousands of small companies that had risked setting up their own businesses crumbled.

In Germany in 2005, the number of people willing to start their own company rose for the first time in years, according to the Global Entrepreneurship Monitor (GEM) country report for Germany published this month.

"It is a slow improvement, but all the same, it's there," said Professor Rolf Sternberg from the Institute for Economic and Cultural Geography at the University of Hanover. Sternberg is the leader of Germany's GEM team and one of the report's authors.

GEM is an international research project created in the late 1990s by the London Business School and Babson College in the United States. For 2005, the German report was a joint project by Sternberg's institute, the Institute for Labor Market and Employment Research IAB in Nuremberg and the KfW banking group in Frankfurt.

GEM is the largest single study of entrepreneurial activity in the world. The 2005 study is based on data from 35 countries with information from some 109,000 people surveyed, as well as 1,323 expert interviews from 33 countries.

Last year, 5.39 percent of Germans actively founded a company or owned and managed a business that wasn't older than three-and-a-half years. This so-called "early-stage entrepreneurial activity" compared to 5.07 percent in 2004, according to the GEM.

The figures rank Germany 23rd out of 35 countries surveyed. The United States, for example, had more than double early-stage entrepreneurial activity in 2005 with 12.44 percent.

A major reason for the low level of entrepreneurs in Germany is the nation's attitude towards these types of enterprises. The GEM said a rather negative image and a societal disregard for entrepreneurial occupations as an alternative to permanent staff positions existed. 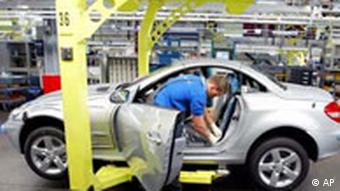 Many Germans choose their workplace for the job security

"We don't have a real entrepreneurial mentality in Germany, compared to traditional immigration countries, such as the United States, Canada or Australia," Sternberg said. "The faith in the state is less pronounced there."

In Germany, on the other hand, children are taught in all walks of life to try to find their luck in a company.

"Be it in the family, school or even university, they are told that a company will take care of them for their entire lives," Sternberg said.

It is precisely for this reason that more needs to be done to introduce the spirit of entrepreneurship into the education system. 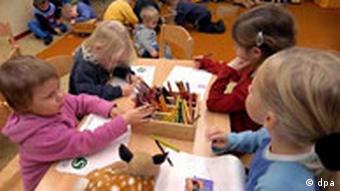 Children should learn about the entrepreneurial spirit at a young age

"Germany has a lot of catching up to do when it comes to the ways in which entrepreneurship and the willingness to take on risk are considered," said IAB's deputy director Ulrich Walwei.

The long-term strengthening of an entrepreneurial culture in Germany needed time to develop, though, said Norbert Irsch, chief economist at the KfW banking group.

"Independent thinking and active personal responsibility should therefore be encouraged and trained already in our children's and young adults' education and upbringing," Irsch said.

Entrepreneurship as way out of unemployment

An increasing number of people starting up businesses were so-called "necessity entrepreneurs" (1.55 percent in 2005, up from 1.15 percent). They are founding companies because they don't see a better alternative for themselves. This group included people who were unemployed. It compared to "opportunity entrepreneurs" (3.76 percent in 2005, down from 3.92 percent), which did so to take advantage of a business idea. 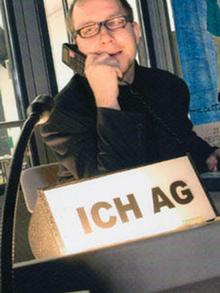 This rise in necessity entrepreneurs can be attributed to government-funded self-starter programs. These include state-backed business ventures for the unemployed, known as "Ich AGs" or "Me, Incorporated," as well as interim aid.

According to the GEM, such self-starter programs are one of the Germany's strengths. But there needed to be more possibilities when it came to financing by venture capital companies or banks, the report said.

However, an improvement in financing alone was not enough, Irsch said.

"The general attitudes are just as important, such as the willingness to take risks, to be innovative and optimistic," Irsch said. "The GEM report unfortunately confirms that the Germans are characterized by a particularly high aversion to risk."

Guaranteed Income: The Way of the Future?

Germany is in search of recipes to thin the ranks of its over five million jobless. It's the country's main problem, Chancellor Angela Merkel has said. And entrepreneur Götz W. Werner thinks he's found the answer. (Mar. 3, 2006)

The Ethics of Success

Business people and church leaders met to discuss work ethics in today's achievement-oriented society at a time when increasing numbers of Germans feel like failures or have low esteem because they're unemployed. (Jan. 30, 2006)

Within Germany's immigrant community, many have snapped up the opportunities offered by the "Me, Incorporated" self-employment scheme. If successful, they often find themselves boosting cottage industries back home. (Feb. 28, 2005)

The GEM can be downloaded on the Institute for Economic and Cultural Geography at the University of Hanover's Web site (German only).