Germany is willing to support a possible international military mission in Mali. However, Foreign Minister Guido Westerwelle has ruled out sending combat troops. 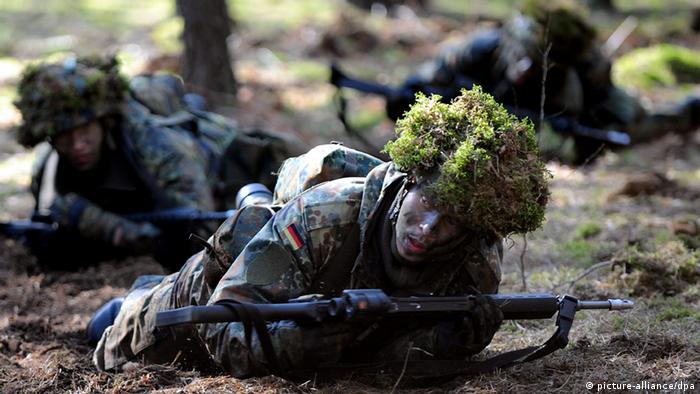 In an interview with the national newspaper Bild am Sonntag, Westerwelle said that Germany could support the army of the crisis-ridden West African nation with what he described as "practical training." The idea of contributing actual combat troops, though, is out of the question, the foreign minister stressed.

The United Nations Security Council passed a resolution just over a week ago pledging its support for an international military mission in Mali, which is effectively divided in two, with Islamist militias controlling the north of the country.

The resolution gave Mali's government 45 days to draw up a plan for military intervention in the north. The Security Council would have to approve that plan and pass a second resolution to authorize the mission before it could be deployed.

Speaking at a meeting of UN and African Union officials in Mali's capital, Bamako, on Friday, UN Deputy Secretary-General Jan Eliason said the world body would "support planning efforts for a possible force" to "return the areas occupied by terrorist groups and criminal networks."

The Economic Community of West African States has announced that it could contribute as many as 3,000 troops to a task force to retake Mali's north.

Mali's neighbors are keen to drive out the rebels because of fears that the area could become a safe haven for Islamists with links to the al Qaeda terror network.

The north of Mali fell under the control of radical Islamist groups in the wake of an ill-fated military coup back in March. Ironically, the soldiers who launched the uprising said they had done so due to their dissatisfaction with how the government was dealing with a Tuareg rebellion in the north.