Acquired over a century ago, the skull is going back to New Zealand museum which will locate the appropriate Maori tribe. It's part of a 15-year plan to return indigenous articles to their original owners. 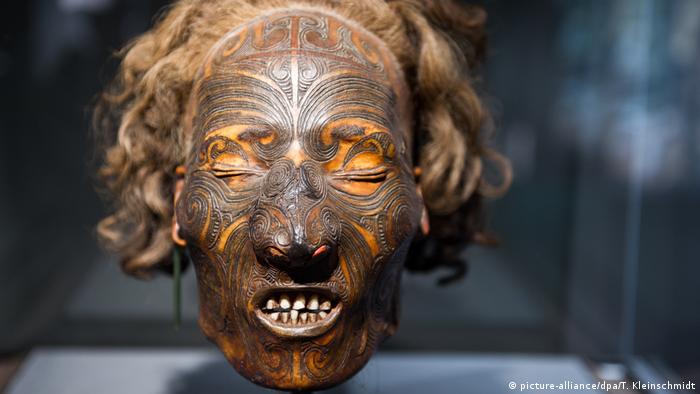 A Maori skull acquired 110 years ago by a museum director in Cologne has been officially handed over to New Zealand on Tuesday.

The tattooed skull was kept in Cologne's Rautenstrauch-Joest Museum of Wold Cultures after being bought by a former director from a London dealer in 1908.

Cologne Mayor Henriette Reker handed it over to a New Zealand museum delegation in a ceremony Tuesday afternoon, as part of a 15-year scheme to repatriate indigenous articles to their original owners.

"The real goal is to find out more on the ground, and to identify the skull," said Judith Glaser from the Rautenstrach-Joest Museum.

The skull will be kept at the Museum of New Zealand Te Papa Tongarewa in the capital, Wellington, where it will stay until its descendants can be found. It will then be handed back to the appropriate Maori tribe. 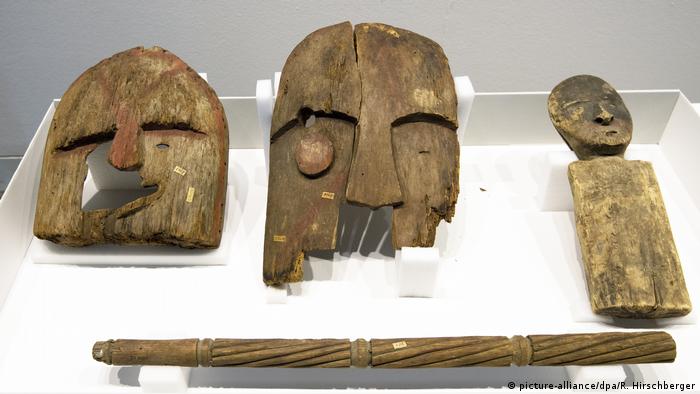 Looted artifacts from Berlin's Museum of Ethnology returned to Alaska.

In May, Germany's Prussian Cultural Heritage Foundation returned artifacts in its collection to members of the Alaskan Chugach tribe which were looted in the late 19th century.

The nine objects, which included broken masks, an idol and a cradle were part of Berlin's Ethnological Museum's collection and came into their possession in the 1880s via Norwegian explorer Johan Adrian Jacobsen.