Several people have been injured at a pro-Kurdish rally in Herne, Germany, as protesters trashed a kiosk and a Turkish-owned cafe, police said. The rally organizer suffered an injury while trying to defuse tensions. 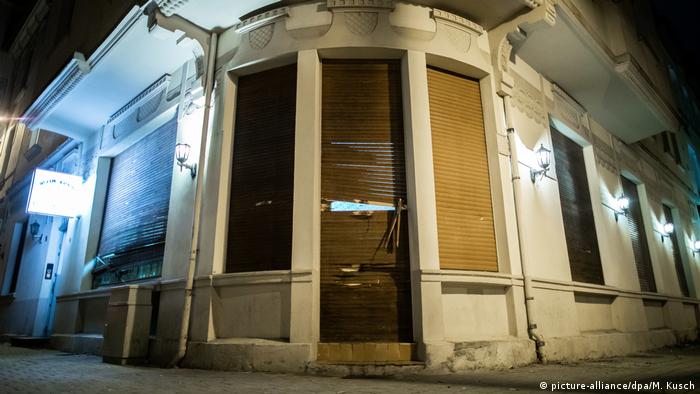 At least five people, including a police officer, were harmed during a pro-Kurdish demonstration in the German city of Herne on Monday.

Police said clashes broke out when the crowd of around 350 people was passing by a kiosk. A person inside the kiosk was provoking the column by showing insulting hand gestures. A man and a woman inside the kiosk suffered injuries during the subsequent violence.

Later tensions escalated again, with demonstrators destroying windowpanes and furniture at a Turkish cafe. One person and one police officer were injured. The protest organizer was also attacked by pro-Kurdish demonstrators while trying to calm some of the participants.

According to Germany's Spiegel Online, the organizer was a German man who regularly coordinates demonstrations for different causes in Herne.

Authorities described the general mood at the protest as "quite angry."