Germany Ponders Giving Children the Right to Vote | Germany | News and in-depth reporting from Berlin and beyond | DW | 09.07.2008

Every German citizen should have the right to vote in national elections, even those under the age of 18, says a group of parliamentarians. They've proposed a law that would allow parents to vote for their children. 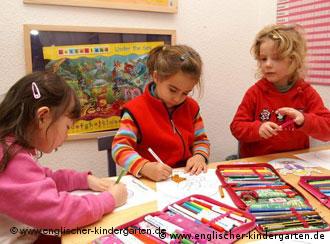 Preschoolers have as much right to make their political opinions heard as adults, according to a bipartisan group of 46 German parliamentarians.

The politicians are outraged that approximately 14 million German citizens are shut out of the democratic process because of their tender ages, the DPA news agency reported. That means nearly one in every five German citizens is too young to cast a ballot.

Currently, Germany follows the lead of most other democratic countries in limiting voting to adults 18 years of age and older. Some German states allow voting starting at age 16 for local elections.

The idea has gotten backing from some members of the conservative Christian Democratic Union (CDU), center-left Social Democratic Party (SPD) and the free-market liberal Free Democratic Party (FDP). The proposal also has the support of political heavyweights such as the former minister for family affairs Renate Schmidt, Bundestag vice-president Wolfgang Thierse and FDP head Dirk Niebel.

The supporters want to change Article 38 of Germany's constitution by striking out the sentence that defines voting eligibility as starting at the age of 18.

Under the proposal, parents would be allowed to vote for the children. Parents could then add their children to a voting list when they believe the child is ready to take on his or her own democratic responsibility.

A similar proposal was defeated in 2005 on constitutional and practical grounds. Opponents objected that parents would vote their own wishes and not those of their children. A two-thirds majority would be needed to change the German constitution.

Germany marked the 50th anniversary of a law enshrining equality of the sexes. But DW's Ulrike Mast-Kirschning says despite some successes, real gender equality still remains a dream. (01.07.2008)

Former German President Roman Herzog said Germany is paying too much attention to seniors and the older generation is starting to "plunder" the young. (11.04.2008)