Former German President Roman Herzog said Germany is paying too much attention to seniors and the older generation is starting to "plunder" the young. 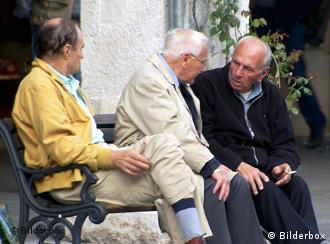 Seniors are getting too much attention in Germany, said Herzog

"I'm afraid we're seeing the foretaste of a pensioner democracy: The number of older people is rising, and all parties are paying disproportionate attention to them," Herzog, 74, told the Friday edition of the daily Bild Zeitung. He served as president from 1994 to 1999.

"It could end up in a situation where older generations plunder the younger ones," added Herzog.

The former president responded to an unexpected decision by the German cabinet earlier this week to increase state pensions by 1.1 percent in 2008 and by as much as 2 percent next year.

The raises exceed by more than double the pension limits set by Chancellor Angela Merkel's predecessor Gerhard Schroeder, which were intended to ease the strain that the country's ageing population is causing on the national social security system. 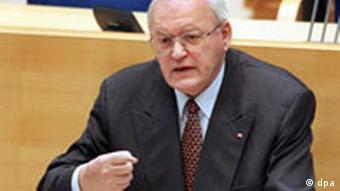 Herzog said he didn't think this week's decision was unconstitutional, but warned that it represented a negative trend.

"If the older generation increasingly asks the young people to pay up, the state expenditure will grow," said Herzog, "and a high expenditure is by all means unconstitutional after a certain point."

The president of the German welfare association Volkssolidaritaet, Gunnar Winkler, struck back firmly.

"Whoever says this kind of thing is committing intellectual arson, lighting a match beneath the social order in our country and endangering democracy," said Winkler.

Germany has one of the lowest birth rates in the world. According to the Federal Statistics Office, one third of the population could be 65 years or older by the year 2050.

Germany's "Gray Panthers" had all but closed down their party doors, after nearly two decades of representing seniors' concerns. The 60-plus crowd, however, isn't vanishing from the political landscape. (18.03.2008)

Do you agree with Roman Herzog? Please include your name and country in your reply.