Hidden beneath the vine-covered hills of the Ahr Valley, the enormous nuclear bunker was one of West Germany's best kept secrets during the Cold War. Now, part of the bunker is open to the public. 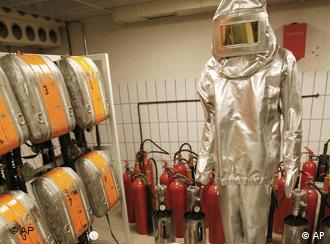 It's a 20-minute walk from the sleepy tourist town of Ahrweiler up a serpentine path to the entrance to the new Government Bunker Documentation Center. The 9-meter (30-foot) high concrete wall marking the museum's entrance seems completely out of place among the vineyards and woods of the Ahr Valley. 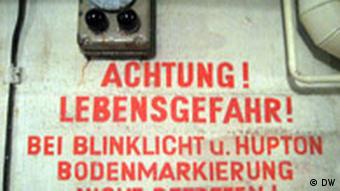 A 200-meter stretch of the original subterranean bunker, which runs 19 kilometers (12 miles) under the hillside, has been restored to its original state for the museum.

Small exhibit rooms branch off from the bunker's dimly-lit central corridor. Every couple of meters bright red signs warn people if the emergency siren goes off, they should immediately move away from the numerous heavy steels doors that line the corridor.

A room filled with radiation decontamination equipment, including full-body suits, gas masks and oxygen tanks, reminds visitors of the then real threat of nuclear attacks in Europe during the Cold War. Further along the corridor, the bedroom intended for the German chancellor is fitted out with a spartan bed and basic locker. It's a bleak display of how luxury has no place during times of war. 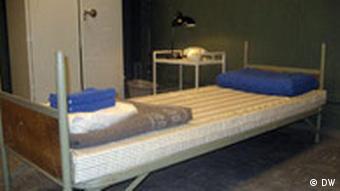 "It is a unique documentation of the Cold War, and I think you can compare it in significance with the Berlin Wall," Dr. Juergen Pfoehler, the Ahrweiler county commissioner, said at the museum's inauguration.

Construction on the government bunker started in 1960, a year before the Berlin Wall was built. Located only 30 kilometers from the then-West German capital of Bonn, the nuclear shelter was designed to house 3,000 government officials for up to 30 days in the case of an attack.

"These 3,000 were made up of German parliamentarians, the president, the chancellor, members of Constitutional Court [Germany's highest court] as well as others necessary for government," explained Paul Gross, a tour guide at the museum, who worked for 36 years as a technician at the bunker.

Cut into the hillside

By the time the project was completed in 1972, the massive shelter had more than 936 bedrooms and 897 offices, as well as five field hospitals, a dentist and even a hairdresser. Although the bunker was never used, it was kept in a constant state of readiness by 200 full-time technical and administrative staff. 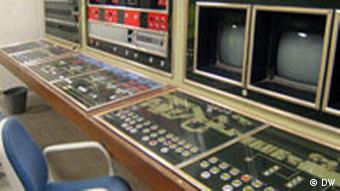 "We would have been completely independent from the external world in case of attack," Gross said. "We had our own electricity and water supplies, as well as food stores. Much of the food was designed to be prepared fresh, but there were also frozen supplies that we exchanged every four to five years."

After the end of the communist regime in East Germany, in 1989, and the transfer of reunified Germany's political institutions from Bonn to Berlin, in 1991, the federal government decided to close the bunker, in 1997.

Back then, it was never intended to make a museum out of the underground complex. Initially, the government explored the idea of selling the bunker, but it was unable to find a suitable commercial purpose. It then resolved to strip the shelter down to its concrete walls and seal it off forever.

Given growing public interest in the bunker, however, Florian Mausbach, the president of the Federal Authority for Construction and Urban Planning, decided to push to save part of it for future generations. In a unique move, the federal government then decided to fund the 2.5 million euro ($3.8 million) museum, which has now been turned over to Ahrweiler local government.

"The bunker was a part of the system of nuclear threats on both sides," Mausbach said. "And our children don't even know what the Cold War means, so I think it is important to keep them informed and let them see this for themselves."

Despite the bunker having been constructed for times of catastrophe, former technician Paul Gross has happy memories of his time in the shelter, where the staff was "like a big family." The bond was also strengthened, he explained, because they all shared the same problem: "We had to keep our work secret from our families." 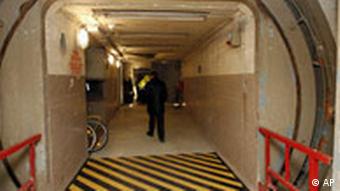 The bunker had five sections, which could all be isolated from each other

There was one main drawback to Gross' work though. In the case of a serious attack, technicians like Gross would have been expected to man the bunker, which meant leaving their families and loved ones outside to face the consequences.

"You would have been there in a safe place, and you wouldn't have known what was happening outside -- are [your wife and children] alive, what are they doing, how are they coping?" he said. "You had to consider that."

The Documentation Center opens to the public on Saturday, March 1.

Exhibition Follows Europe's Route out of the Ashes

Most people think they know at least something about the history of Europe and the EU. But the first exhibition of the Europe Museum in Brussels shows that what's common knowledge often barely scratches the surface. (13.12.2007)

Nazi Secret Police Museum Finally Gets Off the Ground in Berlin

Building a permanent home for the popular open-air Nazi secret police exhibit has taken 20 years due to design and budget problems. Work on a new exhibition space at former Gestapo headquarters began on Friday. (02.11.2007)

German politicians from all major political parties voiced dismay at the increasingly bellicose rhetoric from the United States and Russia. Politicians want the rhetoric toned down and a greater focus on diplomacy. (19.10.2007)

Do bunkers still have a place in 21st century Europe? Please include your full name and country in your response.