Germany Negotiates with US to Free Guantanamo Prisoner | Germany| News and in-depth reporting from Berlin and beyond | DW | 12.02.2006

Germany Negotiates with US to Free Guantanamo Prisoner

German diplomats in Washington are negotiating with the US for the release of a German-born man held for almost four years at the US detention camp in Guantanamo Bay, according to a government spokesman. 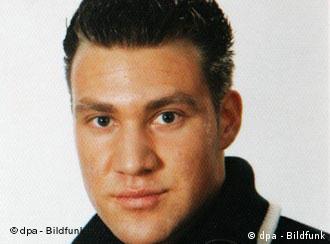 Murnat Kurnaz could be free shortly

Bernhard Docke, lawyer for the prisoner, Murat Kurnaz, 23, said Saturday he expected a result from the negotiations in the "near future." 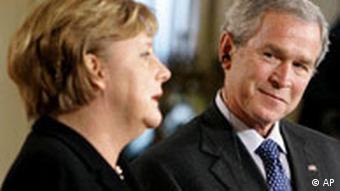 Merkel and Bush in Washington on Jan. 13

According to an article to be published Monday in the German weekly Focus, Bush told Merkel he would free Kurnaz on condition that Germany give "guarantees of security," the details of which are now being discussed by German diplomats and government security experts. One of the conditions could be that German law enforcement authorities observe Kurnaz at all times.

Kurnaz, a Turkish national born in the north German city of Bremen, was arrested in 2002 by American forces in Pakistan, where he had moved in 2001. The German press nicknamed him "The Taliban of Bremen."

Transferred to the US prison camp in Guantanamo Bay under suspicion of terrorism, he complained to his lawyer a year ago of having undergone sexual humiliation by female soldiers at the detention center.

The German government hopes Kurnaz will be released by the summer, according to Focus.

During Bundestag hearings on Wednesday, the German government denied any involvement in the alleged CIA abductions of suspected terrorists, but not all parliamentarians were convinced. (Dec. 14, 2005)

Murat Kurnaz has been imprisoned on Guantanamo Bay since 2002, charged as an enemy combatant despite evidence to the contrary. This week the "Bremen Taliban" celebrated a small legal victory. (Dec. 1, 2005)