Twenty-three-year-old Tugce A., who was punched when she came to the aid of two threatened girls, has died from head trauma. German President Joachim Gauck expressed his condolences in a letter to her family. 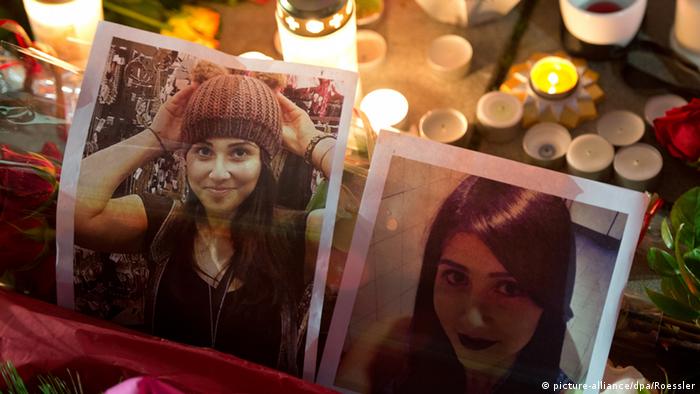 Tugce A., a German citizen of Turkish origin, was the victim of a violent attack earlier this month. Reports indicate the student from Gelnhausen intervened on behalf of two girls who were being harassed by three males near the restroom area of a McDonald's restaurant.

Thereafter, and in circumstances that have yet to be clarified, the scene shifted to the fast food restaurant's car park, where an 18-year-old male punched her, causing her to fall and hit her head on a stone. It was the latter blow which is said to have caused the fatal brain injury. 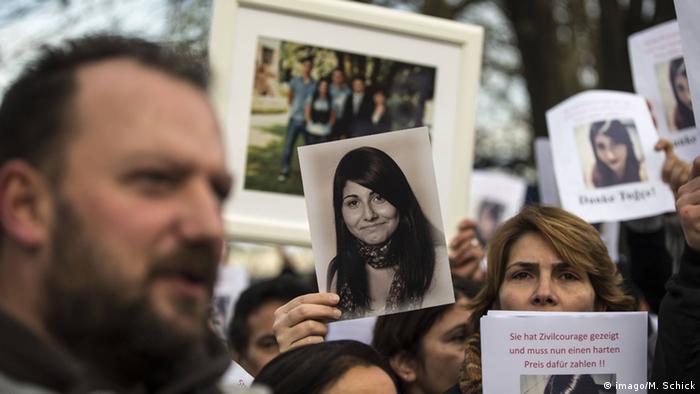 An Internet petition signed by 64,000 is asking the German government to honor Tugce with the Federal Order of Merit; Hessen's state premier Volker Bouffier has announced his intention to propose her for that honor. President Gauck said on Saturday he would check whether Tugce could be awarded the order. In a letter to her family, he wrote that Tugce would always be remembered as a person to look up to: "Our whole country is mourning with you."

In a first interrogation, Tugce's attacker, reported to be Sanel M., from the Muslim Sandzak region of Serbia, admitted to striking the girl. Since then he has maintained silence as he awaits trial. Prosecutors are investigating the case under planned charges of assault resulting in unintentional manslaughter.

One open question is the fate of the two girls Tugce intervened to help: Police are searching for them as key witnesses.

McDonald's, facing criticism from Tugce's family, has reviewed videotapes of the incident and defended the original non-intervention of its employees. 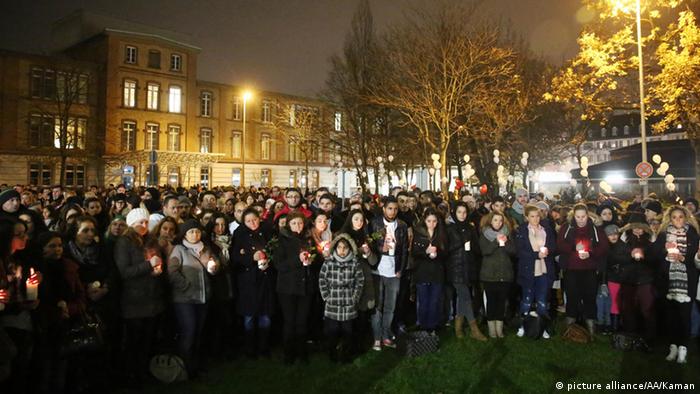 Roughly 1,500 people have come to the clinic's front lawn to pay personal tribute

Throughout Germany, Tugce's death has ignited a debate on civic courage in daily life. On television, radio and particularly social media, many are questioning whether they would have had the courage to intervene - and by extension, whether Germans today are as courageous in such circumstances as they should be.

Using the hashtag #Zivilcourage, tens of thousands have mourned the young girl's early death and commended her act of bravery. A Facebook page in her memorial also has 87,000 supporters.

The 29-year-old death-with-dignity activist Brittany Maynard has taken her own life. She gained international media attention after sharing a video professing her right to die on her terms after suffering from cancer. (03.11.2014)

In its report on global child abuse, the UN children's fund UNICEF uncovered violence on a scale so extreme it called it "commonplace." DW looks at how the world is failing its children and how to reverse the trend. (05.09.2014)

The Sri Lankan activist has been fighting for decades on behalf of those who cannot defend themselves. His efforts have been recognized with this year's "alternative Nobel prize." (28.11.2014)