Flames have torn through a Stuttgart bus depot, reportedly destroying up to 20 vehicles. According to initial assessments, there have been no fatalities or serious injuries. 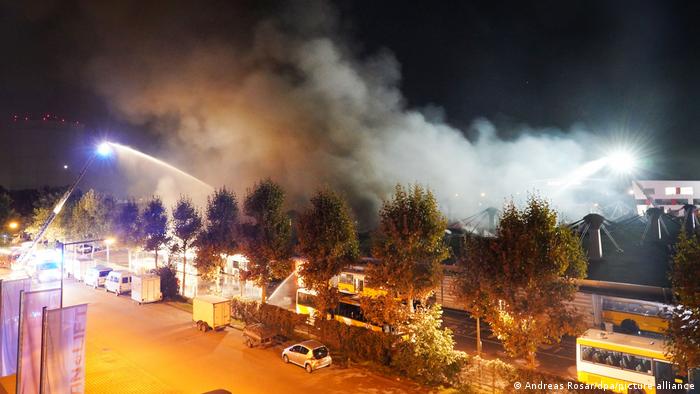 A large fire has ripped through a bus depot on Thursday night in the southwestern German city of Stuttgart, destroying up to 20 buses.

According to local newspaper the Stuttgarter Zeitung, citing the police and fire department's initial assessment, only two people have been treated for smoke inhalation. 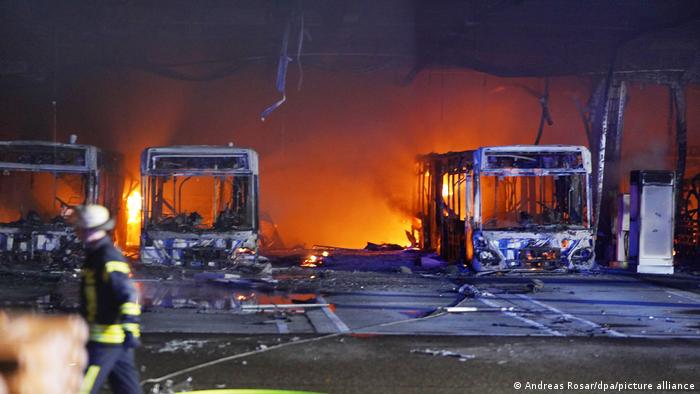 The fire broke out at a depot operated by the city's transport company, Stuttgarter Straßenbahnen (SBB), in Gaisberg, in the east of the city.

Stuttgarter Zeitung reported that a fire alarm alerted the fire department to the blaze around 8 p.m. local time (1800 GMT).

According to the newspaper, 210 emergency personnel descended on the scene to help douse the flames. Firefighters managed to bring the blaze under control within a few hours.

The cause of the fire is now under investigation, with mechanical faults and arson not being ruled out.

Stuttgart police warned residents in the area to keep windows and doors closed. Police also made an appeal for any potential witnesses to come forward.