Germany investigates man on suspicion of spying for Turkey 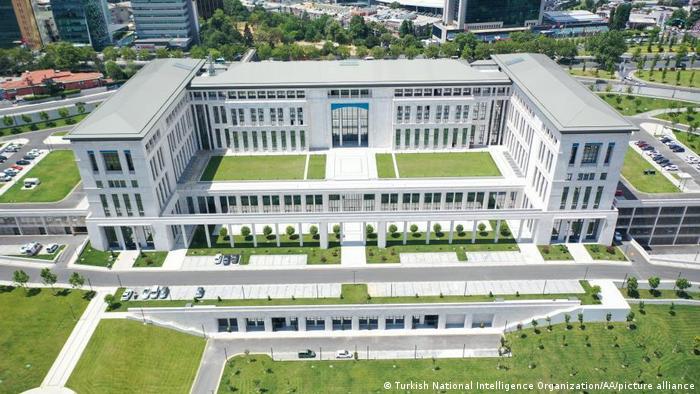 Germany's federal prosecutor general announced Friday that the investigation resulting from a raid on a Düsseldorf hotel that saw the arrest of a Turkish man identified as Ali D. was being treated as a case of suspected espionage on behalf of the Turkish state.

Federal Prosecutor General Peter Frank said Ali D. was under investigation on suspicion of collecting information on supporters of the Gulen movement in the Cologne area.

Counterintelligence cases fall under the purview of the federal prosecutor general in Germany.

What triggered the investigation?

On September 17, an employee of the niu Tab hotel in Düsseldorf discovered that a guest had a weapon. Special police forces searched the hotel for hours as surrounding streets were cordoned off.

Police investigators then found a pistol and 200 rounds of ammunition on Ali D., along with documents containing the names of supporters of the Gulen movement. Authorities said that people who might have been in danger due to their presence on the lists of supporters contained in the documents had been notified.

Prosecutors believe that Ali D. was acting on behalf of and under the guidance of MIT, the Turkish intelligence service. Authorities allege messages on his cell phone suggest as much. He is currently in custody.

Ali D. had initially been investigated on suspicion of conspiracy to commit a crime and for breaching German gun laws.

The federal prosecutor general's spokesperson on Friday said "sufficient evidence" had since emerged to make the case a counterintelligence matter.

What is the Gulen movement?

The Gulen movement is a decades-old Islamic movement in Turkey that has adherents worldwide, including in Germany.

The movement's leader, Fethullah Gulen, currently resides in the US state of Pennsylvania.

Gulen used to be a confidant and an ally of Turkish President Recep Tayyip Erdogan's.

The two had a very public falling out when police supportive of Gulen in Turkey made a series of arrests in December 2013 that swept up many Erdogan allies, including his son.

Erdogan blames the group, and a military faction comprised of Gulen's supporters for a coup attempt on July 15, 2016.

The Turkish government has since labeled the Gulen movement a terrorist network and prosecuted it for infiltration and subversion of state institutions.

Erdogan has also pressed the US to extradite Gulen and Germany to rein in and take action against his supporters in Germany.