Despite privacy concerns, the proponents of biometric documents greeted the introduction of electronic passports in Germany on Tuesday as an important milestone in the fight against terrorism. 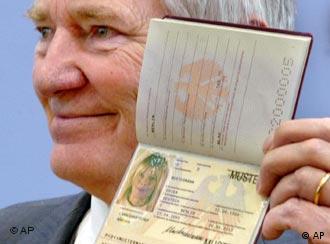 Otto Schily showing off a biometric passport -- clearly not his own

Germany introduced electronic passports on Tuesday as one of the first countries in the European Union. The new identity document contains biometric data, which supporters say will protect against forgery, make identity checks and border controls easier and help police to track criminals. But data protection campaigners remain worried about who can get their hands on the information. 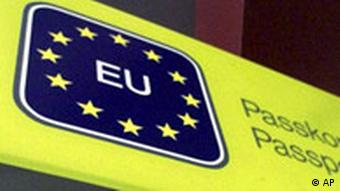 Outgoing German Interior Minister Otto Schily has been one of the main supporters of the new electronic passport. For his efforts, privacy campaigners awarded him the Big Brother Lifetime Award -- an ironic trophy inspired by George Orwell's famous anti-utopian novel "1984" -- for, among other things, "the overhasty introduction of the electronic passport with poorly conceived technology and without parliamentary legitimacy."

Schily's confidence in electronic documents, however, has not been shaken.

"I believe the security benefits for everyone are clear-cut, so I can’t understand why anyone would raise doubts," Schily said.

According to Schily, the new passports will help prevent forgery and fraud and make it easier to track criminals.

"With modern methods of biometric identification, it’s obviously easier to find out whether a particular document is the one that was actually issued to a person and whether a person standing in front of you is who they say they are," Schily said.

How will it all work? 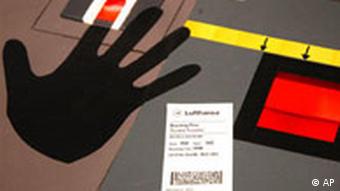 By the summer of 2006, all new EU passports will contain a special chip which stores a digital photo of the passport holder's face. When someone presents that passport, a facial recognition system measures and records the distance between their features -- mouth, eyes, nose, forehead and chin. These features are unique for each person, so the data can be compared with what is stored in the passport to make sure people are who they say they are.

One reason for the new EU passport rules is heightened security concerns after the Sept. 11, 2001 terrorist attacks. There was also pressure from the United States, which says that only holders of electronic passports will be eligible for visa-free travel to the US in future.

Under the new rules, EU countries must introduce biometric passports by Oct. 2006, although people only have to get one when they apply for a new passport.

The more information, the better 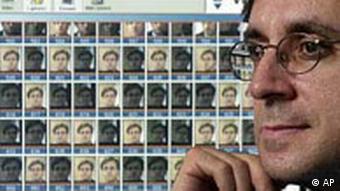 From the very beginning, Otto Schily was in favor of recording more biometric details in the passport.

"Our trials have shown that when we include more biometric information in the passport-chips that achieves the best combination of speed and reliability of passport checks," Schily said.

In the end, his EU colleagues decided that from Jan. 2008, at the latest, European passports must also include scans of two fingerprints. They will be incorporated in German passports by early 2007.

But some data protection campaigners and computer specialists have voiced concerns. They say that in facial recognition tests, biometric scanners have an error rate of 15 to 25 percent. Fingerprint scanners can be outsmarted by clever fakes made of latex.

Additional concerns have been raised that the countries that scan passport data can use the scanned information to build databases of photos and fingerprints that could then be used to illegally track travelers.

Look Glum for the Birdie

Not exactly known for being cheerful, a new regulation ordering Germans not to smile on biometric passports could spell even longer faces. (Sept. 17, 2005)

Video surveillance got a high-profile boost after British investigators nabbed suspects in the London bombings. Germany, too, will expand the measure in train stations. But some are warning not to go too far. (Aug. 24, 2005)