Germany's Finance Ministry said it is working on a new attempt to save Hypo Real Estate, the German mortgage lender caught up in the wave of Western bank failures, after an initial bailout deal collapsed. 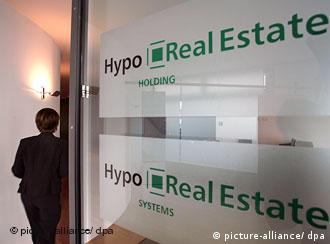 HRE is apparently in worse shape than originally thought

"We'll have to see how we can sweep together the pieces that have been dumped on our doorstep," spokesman Torsten Albig said Sunday, Oct. 5, a day after HRE disclosed the collapse of a hoped-for government-backed bailout.

The German government and the banking industry had announced on September 29 a 35-billion-euro ($50-billion) set of guarantees to enable HRE to resume short-term lending.

But newspaper reports said the deal unravelled when several leading banks pulled out after discovering that HRE's troubles were more serious than first thought.

A spokesman for HRE, which is listed on Germany's blue chip stock index DAX, said the company was "working around the clock" with regulators, investors, shareholders and the government.

At the same time he admitted the liquidity problems faced by HRE's Irish subsidiary Depfa, which triggered the current crisis, had worsened. 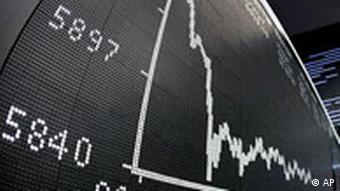 HRE, which mainly lends to commercial projects and to build public facilities, is the biggest German casualty of the crisis that has spread from New York in the past month.

The original bail-out required short-term credit of 15 billion euros and rolling long-term re-financing into the second half of next year totalling 35 billion euros.

The newspaper Welt am Sonntag said an inspection by Deutsche Bank, Germany's biggest bank, had revealed HRE needed far more money short term than set out in the plan.

The guarantees backing the total were differently apportioned, with the German federal government playing backstop for 26.5 billion euros of the total and the finance industry giving its word for 8.5 million.

The bailout has caused political controversy in Germany, with some opposition groups questioning why the government is risking taxpayers funds to save HRE.

Sources linked to the talks said the industry had initially demanded that Berlin simply nationalize HRE, as the United States did to Fannie Mae and Freddie Mac and Britain did to Bradford & Bingley.