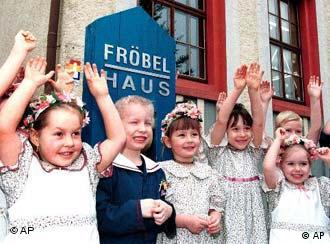 Kids should be able to vote in the name of their parents, German politicians say

West Germans have more psychological problems than Germans from the East, says a new study released this week. According to Frank Jacobi, Psychologist at the Technical University in Dresden, around 32 percent of those Germans living in the country's western states suffer from a psychological disturbance, whereas in the East, only 28 percent have such a problem. The data relates to an extensive study by the Max-Planck Institute which took over four years to complete. According to the report, 11 percent of West Germans suffer from depression (compared to 8.3 percent in the East), 3.7 West Germans are addicted to alcohol (East: 2 percent) and double the number of people in Germany's West have a phobia of people than in the East. The results came as a surprise to those working on the study. They said the reasons for greater psychological stability in Germany's East were due to a more stable family life and widespread job security in the former GDR.

A group of cross-party politicians in the German Bundestag has called for the introduction of a children's vote. With the "voting right from birth", parents should be able to vote on behalf of their children. The group said their aim was to attract more attention to children's issues: "It is unfair that more than 5 percent of Germany's citizens cannot vote". The group's draft petition which was presented on Thursday calls for the possibility for parents to vote in the name of their children until they reach the age of 18 and that parents should talk to their children about election decisions as soon as they reach an appropriate age. Critics say these propositions are naive. "Many parents have a completely different opinion in politics than their children", Irmingard Schewe-Gerigk from the Greens said.

Goethe loses out to TV Presenter

Compiled with material from wire agencies.