A new radio program is about to hit the airwaves in Iraq focusing on the upcoming elections scheduled for the end of January. It's radio for Iraqis, by Iraqis, with a little help from German organizations. 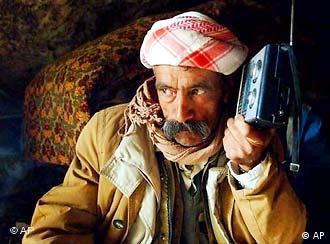 Radio is a powerful medium in Iraq

Even getting to this hotel conference room in Amman, Jordan was at times a life-threatening trek for some of the young Iraqi journalists. Those who came from southern or central Iraq had to make long detours around hotspots like Fallujah or Ramadi. Those from the north had to travel through Turkey and Syria to Jordan.

But they were willing to embark on the sometimes dangerous journey because they are all committed to one thing: making radio for their fellow Iraqis.

In this case, they'll be making Election Radio, a project coordinated by Streamminister production company in Berlin and the Friedrich Ebert Foundation and funded by Germany's foreign ministry. Starting in mid-December, the Iraqi journalists gathered in this hotel will be sending in reports from the ground daily to create a 30-minute program of current information over the upcoming vote in Iraq.

The 19 journalists taking part in the project come from all 18 of Iraq's provinces. When they return, they will start producing radio packages and interviews that have been discussed with the program's coordinators. 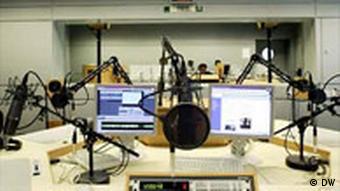 The reporters will then send their finished pieces in MP3 digital format to Berlin, where they are turned into the half-hour moderated program in Streamminister's studio. The completed program is then sent back to Iraq, again by MP3, to local partner stations where it is broadcast.

Finding partner stations is one of the tasks assigned to these up-and-coming journalists. While there are more than enough radio stations in Iraq, finding one that is independent, and not in the hands of one political or religious group, can be difficult. But the journalists in this room can do it, if anyone can, according to Klaas Glenewinkel, who is heading up the project.

"I notice it when I'm talking with them, these people have the kind of journalistic ethic we're looking for," he said.

The requirements for joining the team of Election Radio were relatively tough. Reporters had to be comfortable with new media and under the age of 30, since project coordinators did not want journalists to have been overly influenced by the former regime of Saddam Hussein. 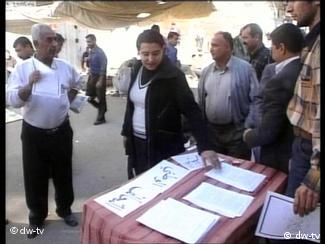 Even among those who passed those hurdles, Glenewinkel found another surprising shortcoming: solid information about the upcoming elections in their own country.

"We realized that information like the what, when and how of the election had been very poorly communicated," he said. So for two and a half days, the group learned the basics of the January ballot so they would have the right foundation for the programs they were going to be producing.

"We're learning what's important, for example that the election functions as it should," said 27-year-old Omar Fadel, who spent the first seven years of his life in Germany but who now lives in Baghdad.

In Jordan, he and the other reporters are getting training in interviewing techniques and learning the ins and outs of computer programs that will allow them to edit their interviews and assemble their radio reports. Once the program begins, they'll be responsible for sending three or four-minute reports to Berlin.

"We're supposed to relate what the situation is, what people are thinking and how the elections are going," Fadel said.

It's not so different than the kind of work that journalists all over the world do every day.

The editorial offices of Election Radio in Berlin will be run pretty much like a normal newsroom. Every morning there will be an editorial meeting where story ideas are considered and ways of doing them are discussed.

Editors then get in telephone contact with reporters on the ground in Iraq and give then their assignments. During the day, individual reports are gathered so the half-hour program can be produced in the afternoon.

Election Radio starts on Dec. 15 and is scheduled to stay on the air for two months.

The Dangerous Quest for News

More journalists are being targeted or caught in the crossfire of war zones and need greater protection, a group of experts said. Some are pushing for an international emblem to distinguish the media. (Sept. 22, 2004)

France Calls for Release of Journalists Held in Iraq

The French government, in crisis mode, on Sunday called for the release of two French journalists kidnapped in Iraq by Islamic militants demanding that Paris rescind a ban on headscarves in state schools. (Aug. 29, 2004)