Germany for beginners: First steps at the university

Countless forms, tests, requirements, limited seats, visas, finances: There's a lot to consider when it comes to studying in Germany. The overview below is intended to help you get your bearings. 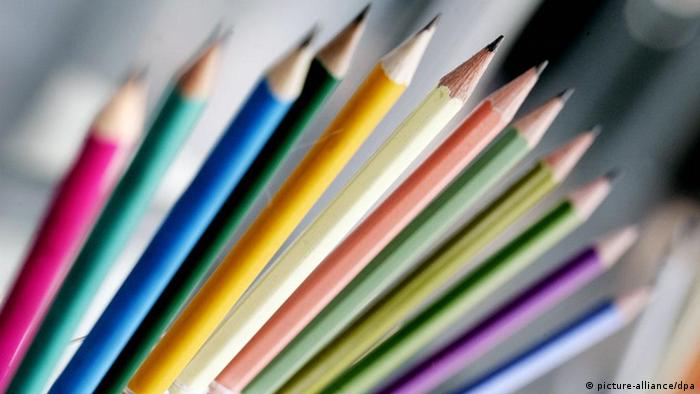 It's good to start planning early if you're interested in coming to Germany to study. The International Students Office is called the Akademisches Auslandsamt, and they check to see whether prospective students fulfill all of the admissions requirements. Students must demonstrate that they're eligible for university study by presenting their previous academic records. When a prospective student's educational background isn't quite up to par, it's possible to enroll in a so-called Studienkolleg in Germany to catch up.

Further information about admission, language requirements and the requisite documents for application can be found by way of the German Academic Exchange Service (German abbreviation: DAAD) or at the German embassy or consulate in one's home country. One thing to note is that any copies of official documents must be notarized, and translations into German must be performed by an officially certified translator.

In 1999, the education ministers in 29 European states initiated reforms to make higher education more uniform across countries, and Germany was among the participants. One part of the reforms has been to switch over to conferring Bachelor and Master degrees instead of the former system of Diplom and Magister titles. Meanwhile, 40 nations are now taking part in the reforms and hope to complete the process entirely by 2020. 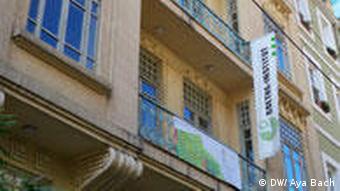 Goethe-Institut locations worldwide are a good resource for German learners

There are a number of English-language degree programs in Germany, but for most areas of study it is still necessary to demonstrate strong German skills. That can be done in several ways, generally by completing one of the officially recognized German tests like the DSH (Deutsche Sprachprüfung für den Hochschulzugang ausländischer Studienbewerber) or the TestDaF (Test Deutsch als Fremdsprache). The latter can be completed abroad. Those who earned certain diplomas at a Goethe Institute or attended a German school abroad can be exempted from the test.

Institutions that are out to attract top scholars and researchers know that they have to find ways to stand out. When inviting academics, German universities often offer packages that include childcare and even a service to help find the spouse of the invited researcher find a job in his or her new city. That may be a position at the university itself or with a partner company.

Some universities and colleges in Germany work together with companies to offer a dual program in which students gain their first job experiences parallel to their studies. Upon graduating, students are ready to hit the job market with both a wealth of practical job training and a degree. Prospective students should note, though, that dual study programs of this sort remain rare and are focused on subjects that do not have a strong theoretical component.

Germany currently houses nine universities that have been honored as elite institutions in light of their research achievements and innovative plans for the future. Being named an elite university as part of an initiative begun in 2005 by the federal government allows the institution to receive extra funding. The goal is to highlight the country's best universities and help them be competitive internationally. So far, the selected universities include the Technical University Munich, Ludwig Maximilians University Munich, RWTH Aachen, the Free University Berlin, and the universities in Heidelberg, Goettingen, Karlsruhe, Freiburg and Konstanz. The nine elite universities publish plans about what they hope to achieve with their extra funding on their homepages. 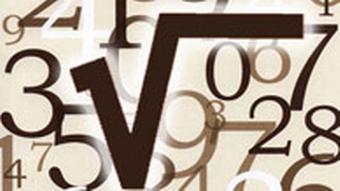 As part of the Bologna Reforms, most German degrees have already been switched over to the Bachelor and Master system. But that's also led to a proliferation of new majors and available degrees, and the number continues to rise. The "university compass" at www.hochschulkompass.de/en can help students keep track of all the degrees on offer in Germany.

For those who already have jobs, distance learning programs offered via the Internet can be an attractive option. German universities have begun dabbling in offering these sorts of degrees, and, in some cases, students from abroad are eligible to enroll in online programs via their home universities.

There is now one university in Germany dedicated to online learning called the University of Hagen. The academic focus is on economics and business, and learning materials are sent to the students online and by mail. By using the Internet, students can contact their professors anytime and anywhere.

For foreign students who don't receive a scholarship or take part in an exchange program when coming to Germany, it's required that they demonstrate they've secured financing for at least the first year of their studies. That means having approximately 8,000 euros ($10,600) in the bank. After beginning their degrees, students who encounter financial problems can seek help and advice at the office of the Studentenwerk (a student service union).

Admission for some degree programs requires that students show they've already completed what's known as a grundstaendiges Studium. That refers to a Bachelor degree or an equivalent credential.

Enrollment is called Immatrikulation in German. Generally speaking, each student is free to choose his or her university and lecturers. But private universities along with music, sport and art academies often use tests, interviews and other measures to filter for the best candidates. When it comes to popular subjects like law or medicine, the student's prior academic records are often taken into account and a numerical cutoff for grades may be established. Once accepted, international students who are ready to enroll should bring along the enrollment form, proof of their German skills (for degree programs conducted in German), records of college-level coursework undertaken at other institutions and proof of health insurance. Paying the tuition and/or fees for the semester is also part of the process. 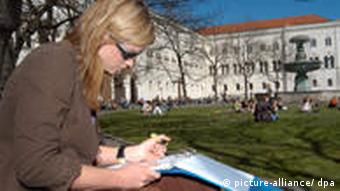 The LMU Munich is among Germany's elite universities

For areas of study that attract many more applicants than the number of seats available, a Numerus Clausus usually applies. It's a numerical standard students have to meet with the grade they received on their Abitur, the exam they take that concludes their pre-university education. But since educational systems differ from the German system in other countries, international students generally aren't subject to this numerical cut-off. Instead, admissions committees will look at essays and their academic background as a whole to determine which prospective students from abroad will be admitted.

There are 58 student service unions, called Studentenwerke in Germany, consisting of professionals who work on behalf of student interests and affairs. They help operate dormitories, finance cafeterias, create childcare arrangement for parents who want to study and represent student interests in the political arena. The goal is to support young learners economically, culturally and politically.

The student service unions are financed in part by the Semesterbeitrag - fees students pay at the beginning of each semester. This money is also used to contribute to university administration costs and to support a union of student representatives known as AStA. The Semesterbeitrag is paid during enrolment and accompany the tuition fees that are required in some German states. Legally, universities can require up to 500 euros ($660) per semester in tuition from students.

It goes without saying that some universities are more popular than others. That's why students often apply to multiple institutions and may receive acceptance letters while still waiting to hear back from their first-choice school. Once students receive an acceptance, it cannot be revoked until just before the semester begins without the student's consent. Each semester, that situation leads to a last-minute rush to fill seats left vacant before the start of classes. One online platform, available only in German, helps students track where seats have opened up and where they may still have a chance at admission: www.freie-studienplaetze.de.

Germany's student service unions sponsor an outreach center for students with disabilities. Many universities are designed to be accessible for the disabled, including offering barrier-free dormitories. Each university also employs someone to oversee affairs relating to disabled students, and there are a number of campus clubs and interest groups that offer support to and represent those with handicaps. 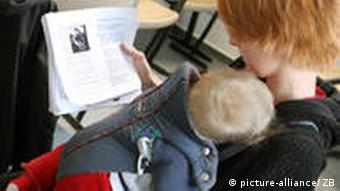 There's help available for students who are also parents

Being both a student and parent can be a challenge, and the German student service unions are trying to help parents juggle their academic and family responsibilities. The unions help arrange and find suitable apartments, daycare and other facilities suited to the needs of students with kids. More information can be found there. For researchers and other academics that come to Germany, the International Students Office known as the Akademisches Auslandsamt (International Students Office) may be able to help with information on finding appropriate schools and apartments. It's also common for universities to offer these individuals compensation packages that help them get their families settled in a new country.

The Akademisches Auslandsamt is a good place to head when getting oriented at German universities. The office can help explain the formalities relating to registration, studying and settling in. Some universities also arrange separate welcome centers for foreign students and may offer a buddy system that pairs seasoned students with newcomers to help them get their bearings. Also, check to see if there are introductory events for foreign students around the beginning of the semester. These events often provide information about what to expect in the student's new cultural setting and community. Finally, individual departments also offer orientation events during the start of the semester to introduce newcomers to the ins and outs of the program.

The admissions requirements often differ for foreign students coming to Germany because they enter from a different educational background and generally have to prove their proficiency in German. The Akademisches Auslandsamt (International Students Office) and/or the Studentensekretariat (Registrar) are the authorities when it comes to who gets admitted. For international students who wish to apply to several universities in Germany at the same time, an online service called uni-assist is available: www.uni-assist.de/english. The portal checks over the required documents prospective students must submit and then forwards them to participating institutions.