Acid rain may have slipped from the headlines, but many parts of Germany still dump limestone on their forests to neutralize the long-term damage it's caused. And it's a controversial tactic. 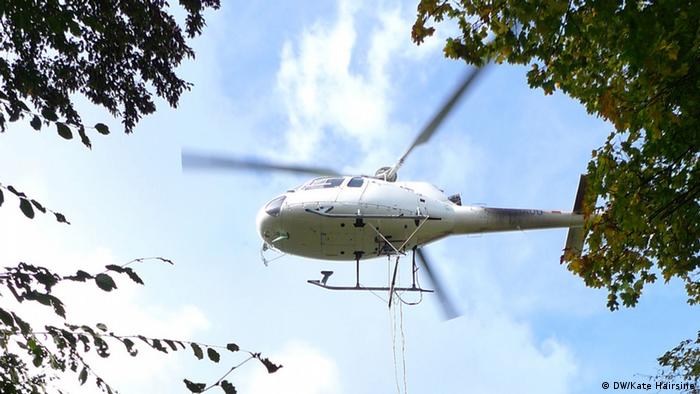 A helicopter hovers low over a patch of state forest near Kronau in southwestern Germany, swirling up leaves and dirt as it dangles down a 800 kilogram (1763 pounds) bucket tied on a piece of rope. A bulldozer fills the bucket with a scoop of pulverized limestone and the chopper flies off with the yellowy colored powder trailing behind it.

It's part of an extensive limestone dusting project aimed at making the forests in this part of Germany healthier. The science behind it is quite simple - but not without controversy.

Limestone is basically calcium, although the particular lime or chalk used here (known as dolomite) has a high magnesium content too. Limestone is a strong alkaline and it's being spread out over this pine and beach forest to help neutralize the acidic soil.

The soil in this Kronau forest, as in many other parts of Germany, is too acidic because of acid rain that fell decades ago.

Raking over the past

In the past, industrial emissions from factories and power plants, as well as vehicle exhaust fumes, contained high-levels of pollutants, such as sulfur dioxide and nitrogen oxides.

These substances reacted with the oxygen and moisture in the air, causing acid compounds, such as nitric acid and sulfuric acid. The polluting acids then ended up being dumped over forests by rain, sleet and snow. 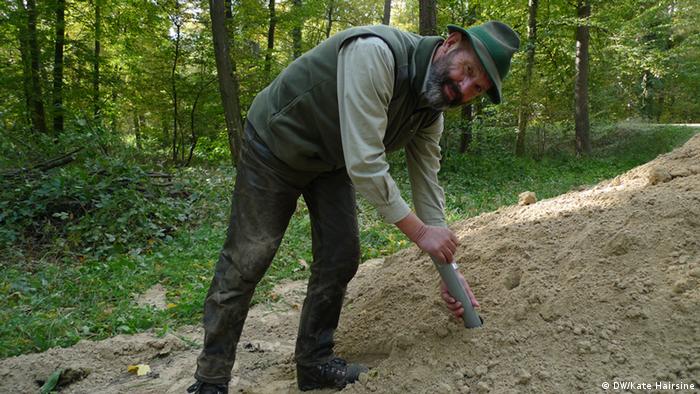 By 1984 almost half of the trees in the nearby Black Forest showed signs of damage and images of blackened skeletal trees helped fuel the environmental movement.

Nearly thirty years on, the trees in southwestern Germany look much healthier but the damage is still there.

"In this area, we have a pH value of around 5.8 to 6.0 - pH7, which is neutral, is what we would actually like to have," explains Günter Zapf, forestry manager for the Kronau region.

Acidic soil has many affects on forests.

If the pH is too low, the roots of many trees don't grow as deep, making them vulnerable and weak. Many tree species also have what Ludwig Abele of the Karlsruhe Regional Forestry Office calls "high expectations."

"For example, beech seedlings can only grow if there is a certain amount of pH. If the acidity is too high, then they can't establish themselves. Only pine trees get along better with acidity," says Abele.

When the pH of an area falls below about pH4.2, metals such as aluminum and cadmium, which are normally locked in clay and rocks, can leach out into the ground water.

"Aluminum is toxic, so if your pH is too low, you have to do something," says Abele. 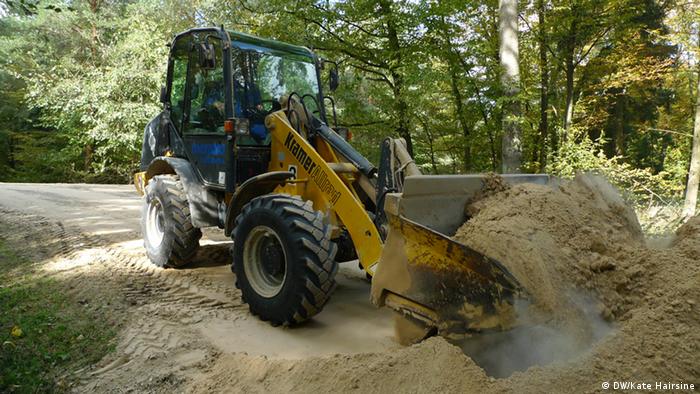 Conservationists worry that certain species are suffering because of limestone dusting

On average, 3.3 tons of lime are dropped on every 10,000 square meters (1 hectare). But the lime isn't dropped haphazardly over the forest. Based on samples taken every 300 meters (984 feet), the scientists have produced a pH map of the region, showing the helicopter pilot exactly where to fly - and where not to fly.

Some areas are no-go zones

"If you have a site that has a high acidity by nature, then you don't want to improve it artificially because plants, which normally grow there, wouldn't grow there anymore," Abele says.

Plants that like acidic soils include mosses and lichens.

Conservationists are concerned that these species are suffering from the widespread limestone dusting.

The state of Baden Württemberg, for example, has dumped chalk on 20 percent of its state forest since it began the procedure in the 1984. It is currently taking a closer look at the science behind limestone dusting to determine whether to continue on such a large scale in the future.

The procedure is also expensive. Around 200,000 tons of lime a year are currently dusted in Germany at an average cost of around 220 euro ($297) per 10,000 square meters - although the high price of fuel in 2013 has caused a significant jump in the costs. The total annual cost of around 44 million euro is largely covered by German federal and EU subsidies.

Collective Intelligence: has the golden age of the 'citizen scientist' finally arrived?

After years of skepticism about the contribution ordinary people can make to scientific research, the latest thinking is citizen scientists do good science. But can it be trusted? (21.10.2013)