A 54-year-old Syrian man in Berlin is accused of firing a grenade in Damascus in 2014, killing at least seven people. German prosecutors have pursued several war crimes cases. 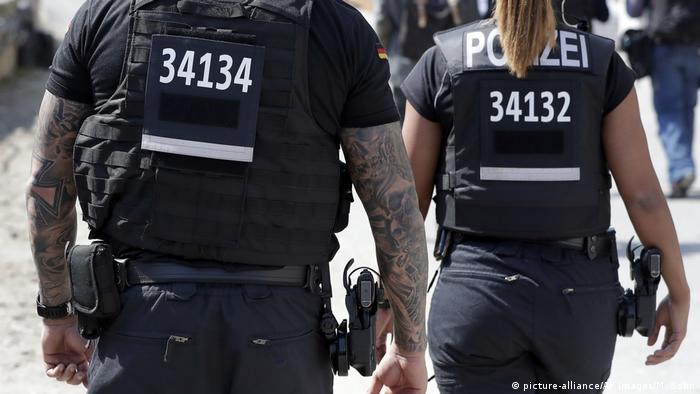 German police on Wednesday arrested a Syrian man in Berlin for alleged war crimes in Damascus.

Authorities in Germany have investigated several similar cases as Syrian refugees seek justice for war crimes they witnessed in their home country.

German prosecutors accused the suspect, 54, of having fired a grenade into a crowd of civilians gathered on a square in 2014.

The blast killed at least seven people and injured three, including a 6-year-old child.

"The accused is strongly suspected of having committed war crimes. In connection with this, he is also charged with seven counts of murder and three counts of grievous bodily harm," prosecutors said.

According to prosecutors, the man was a member of the Free Palestine Movement at the time of the attack. He was previously a member of the Popular Front for the Liberation of Palestine General Command (PFLP-GC) armed militia.

PFLP-GC was tasked by the Syrian regime with controlling the southern Damascus neighborhood of Yarmuk, which emerged from a Palestinian refugee camp.

After the Syrian war started, the majority of Yarmuk's 160,000 residents fled the city. Those who stayed faced severe food shortages under government siege.

The United Nations relief agency for Palestine refugees UNRWA was able to distribute food in Yarmuk until April 2015, when Islamic State jihadists entered the area.

The suspect's victims were waiting for UNRWA's food when he allegedly fired the grenade.