Two Guineans were injured, one of them critically, in an apparent racially-motivated attack near a known far-right hangout in the central German city of Erfurt. Twelve German nationals were arrested but later freed. 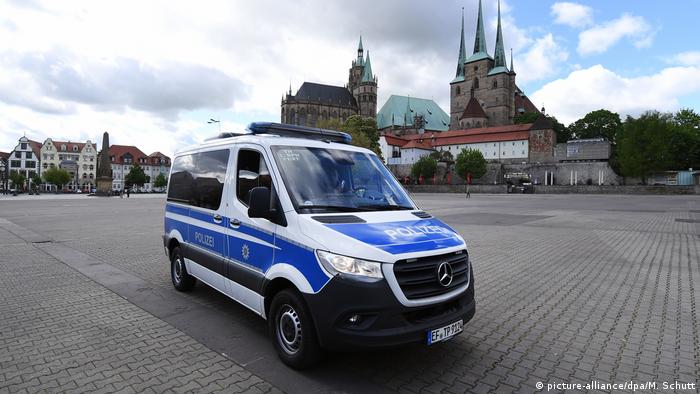 German police called for witnesses on Saturday after three African migrants were targeted in a "xenophobic" attack overnight in the central German city of Erfurt.

Two Guinean nationals received medical care in a hospital after the incident, and one of them remains in critical condition, police said.

The group of three migrants was allegedly attacked by up to 12 German nationals while passing through a housing estate, near a "building known to the police" for being a venue often used by far-right extremists.

"With the immediate deployment of [police] forces, suspects were detained," authorities said.

On Sunday, those arrested were released without charge.

Saturday's assault is the latest in a string of far-right, racist, and xenophobic incidents that have been reported in Erfurt in recent years.

The latest attack took place just hours before a protest against neo-Nazi violence that was sparked by a separate incident two weeks ago. 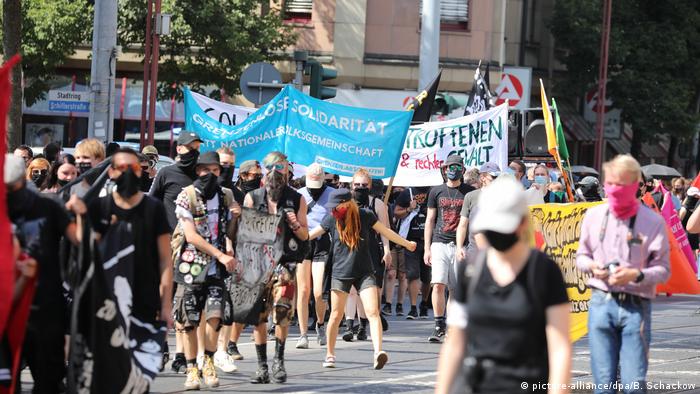 The July attack was initially described by the authorities as a "fight" between two groups of young men, but an increasing number of sources claim that a group of far-right extremists infiltrated another group and started a pre-planned physical assault against their targets.

'Row' culminated in a 'confrontation'

Last Sunday, around 400 protesters called for perpetrators to be caught and punished. They also urged a stop to what they see as neo-Nazi attempts to spread fear through violence in the city.

Politicians from the socialist Left party, as well as Thuringia state lawmaker Katharina König-Preuss, urged the banning of Der III. Weg, and criticized the police for their description of the incidents, noting that the authorities repeatedly describe the attacks as "confrontations."

In their first statement on the overnight incident, police described it as a "row" between the three Africans and the larger group of Germans, saying that the row "culminated in a physical confrontation."

Several hours later, the authorities issued an additional statement where they specify the incident was a "xenophobic attack" and refer to the migrants as "victims."