Germans sentenced to prison, caning in Singapore for graffiti

Two Germans from the north-eastern city of Leipzig are to be caned and sent to prison for nine months in Singapore for vandalism. The two men had spray-painted a metro train. 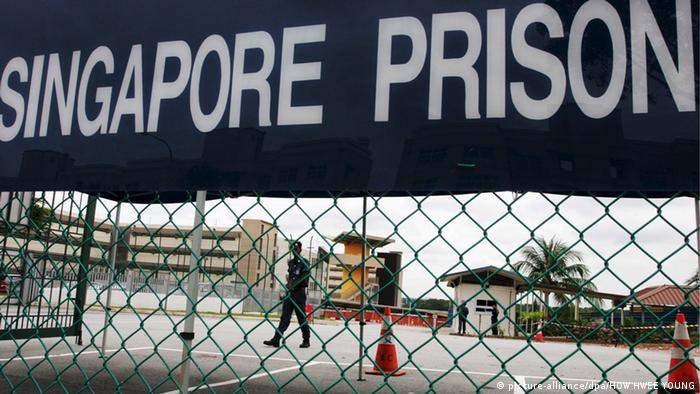 Last November, Andreas von Knorre and Elton Hinz, aged 22 and 21, spray-painted a metro train in a depot in Bishan, which they had tried to break into three times. Both pleaded guilty and called their crime a "silly mistake." They were arrested at Kuala Lumpur airport in Malaysia, where they were hoping to board a plane to Australia.

Despite their pleas for clemency, Judge Liew Thiam Leng sentenced the men to nine months in prison and the obligatory three strokes of the cane on Thursday.

"The offenses are quite well planned and premeditated," he said, adding that it had also caused disruption to public transport as the vandalized train had to be taken out of action for some time.

The men had offered to pay 6,500 Singapore dollars ($4,750; 4,300 euros) in cleaning costs, but the offer was rejected by the public transport company.

Vandalism can carry a sentence of up to three years in prison as well as three to eight strokes of the cane. Judicial caning is common practice in Singapore, which is known for its cleanliness, strict rules on littering and zero-tolerance approach to even minor offenses.

A doctor is usually present during the caning, a punishment that is only carried out on men aged 16 to 50.

Singapore's vandalism laws became global news in 1994 when US teenager Michael Fay was caned for damaging cars and public property, despite appeals for clemency from the US government, including by then-President Bill Clinton.