German villages hit by depopulation | Germany| News and in-depth reporting from Berlin and beyond | DW | 13.11.2012

German villages and small towns are increasingly suffering from rural depopulation. Communities across the country are trying to stem the tide to stop their villages from turning into ghost towns. 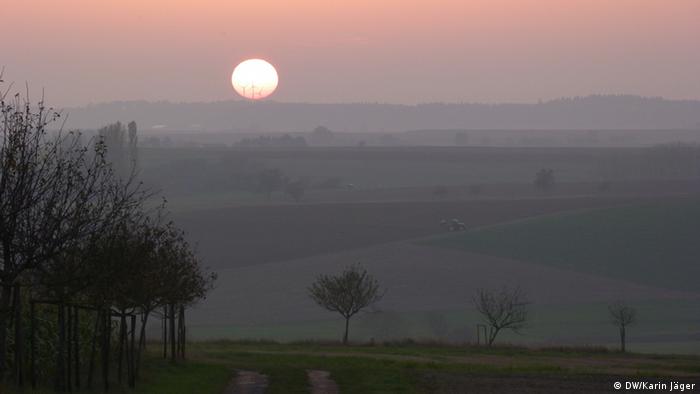 "We don't offer any money to newcomers, but we do have the incentives of good fresh air, affordable land and property prices," says Georg Fritzsche, mayor of Eisenschmitt. His post is an honorary one and he's been steering the fortunes of Eisenschmitt, a little village in the Eifel region in south-eastern Germany for almost 24 years. Currently, there are 279 people living in Eisenschmitt - that's just half of what it used to be in the 1970s.

"Four deaths recently - that's tragic," Fritzsche says with a gloomy face. In his day job, he runs a mechanical weaving mill, where 15 employees manufacture carpets out of sisal and jute. Some of his carpets have even had heads of state parading on them. Fritsch worries every time someone in the village dies

Fritzsche's office doubles as the mayoral office and his door is always open. There are pictures that show Bill Clinton or Queen Elizabeth II on his red carpets "made in Eisenschmitt," and a framed chronicle of the village.

Industry and people move away

Eisenschmitt used to be rich in iron ore. The forests provided charcoal for the smelting and there were many mills on the river Salm. Eisenschmitt had almost 1,3500 inhabitants - until industry moved production to the Rhine and Ruhr valleys closer to major cities. 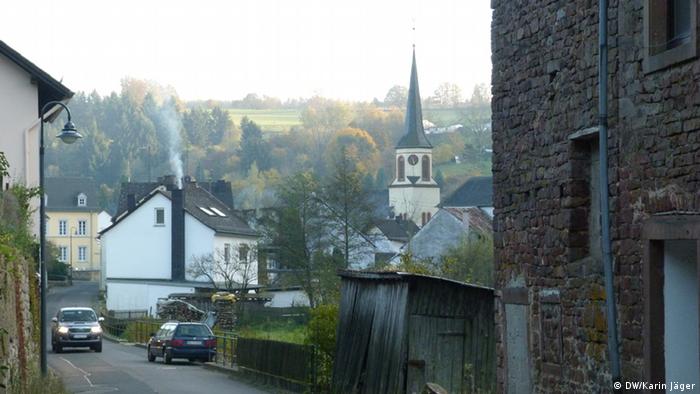 Eisenschmitt has a past, but not much of a present

In the middle of the 19th century, the men of the village were forced to move where their jobs moved. They came home only once or twice a year while the women had to do the work at home and on the fields. There's a small museum in Fritzsche's parents' former home, telling the story of the community's history. Every now and then, the mayor himself takes visitors through the exhibits. Years ago, the local bank branch closed down, kindergarten and school were moved to bigger neighboring villages. There's no doctor or pharmacy. There once was a special needs school but that too closed down a few years ago, cutting even more into the already dire employment situation.

The center of village life is a small shop, open on weekdays from 7 to 10:30. "I usually come here already at six," says Elke Engler, smiling behind the counter. "Those with a job buy bread and rolls and have to leave early to work in other towns. The school children come and pick up some sweets on the way to their school bus. And the old people get up early anyway." 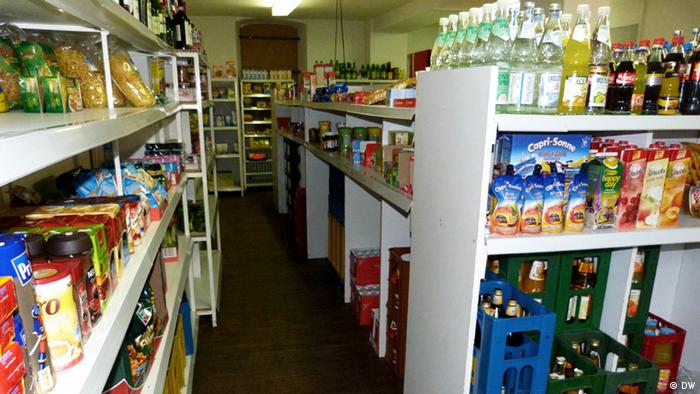 The shop is now the village's main centre

Engler is running the shop on a tiny salary of 400 euros ($507) a month. Whoever wants to make an order can call her at home until late in the night.

"I like to listen to the stories of the old people; they have so much to tell," she says. Engler herself ended up in Eisenschmitt because she fell in love with a local.

One of the few newcomers is Ben Czich. He and his wife moved here from Cologne some 25 years ago. "It's like in the south of Burgundy here: lots of countryside and few people. I have a good education but out here, there are other values that count," he says. "Honesty and reliability," he says is what matters. He runs a gallery for exotic furniture and lamps. "You can rely on the people coming from the Eifel region. And I also really love the fresh air here." 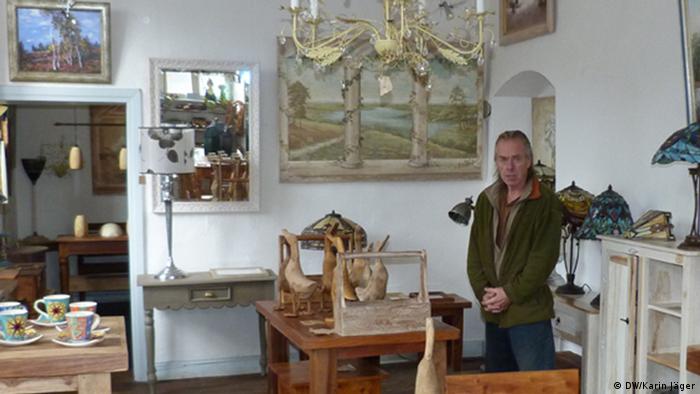 Ben Czich admits the local people can be difficult

But aside from the piece and quiet, Czich also experienced the rough mentality of the people. A hotel owner used his influence to stop the Czich family from remodeling the house they'd bought because he was afraid they'd open up a rival restaurant. "Whether I'd be able to go through that once again, I don't know," Czich asks himself. "But life's got its good and bad sides."

The Rob family has also had to fight battles. It took Peter Rob years to realize his plans for a Bavarian-style holiday village. The local authorities were worried the buildings would not fit with the Eifel landscape. Again and again, the permission to go ahead was refused: the law suits brought him close to bankruptcy.

No future for young people? 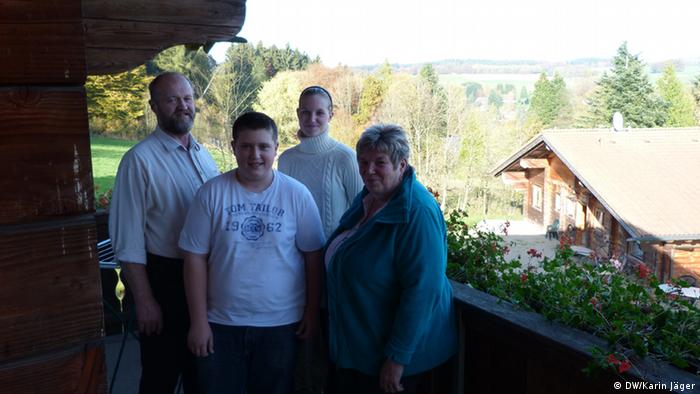 The Robs have built their Alpine-style holiday homes, but tourist numbers are going down.

Now, there are five wooden houses on the hillside next to Eisenschmitt. Guests who want to use their mobile phones, however, have to go the top of the hill. There they can get a signal - and enjoy the view all the way to Luxembourg. "We don't need better reception here," says mayor Fritzsche. "People come here for the fresh air and want to have their peace and quiet." The number of people visiting though is going down, complains Rob, and it's partly because of the village's leadership. His daughter wants to study hospitality management. She's already found a job in Austria - and then she wants to find a job in the United States.

It's a tough life for the country doctor

Although Germany has plenty of doctors, there's a shortage of general practitioners willing to work in rural areas. The government wants to help with financial incentives, but money is only part of the problem. (23.09.2011)

It's usually political parties which decide policy. But initiatives emerging from direct democracy are becoming ever more popular, particularly at the local level. (07.09.2012)